– A man with the Facebook name Enyo Sam Odiba has gained a scholarship to St Petersburg University, Russia after several rejections

– Before his victory came, he had written JAMB twice, and lost interest in schooling in Nigeria altogether at the third application

A Nigerian identified as Enyo Sam Odiba on Facebook on Wednesday, September 23, has narrated how that he could not gain admission into a Nigerian university after writing the Joint Admissions and Matriculation Board (JAMB) exams in 2016 and 2017.

When he registered for the third time in 2018, he never showed up for the exams because he already lost interest in Nigerian universities.

He gave his reasons for wanting to study abroad as a need for a new environment and the poor political leadership in the country.

After deciding he would be travelling outside of the country for his education, he faced different challenges like being dropped off from a Hungarian scholarship he got. 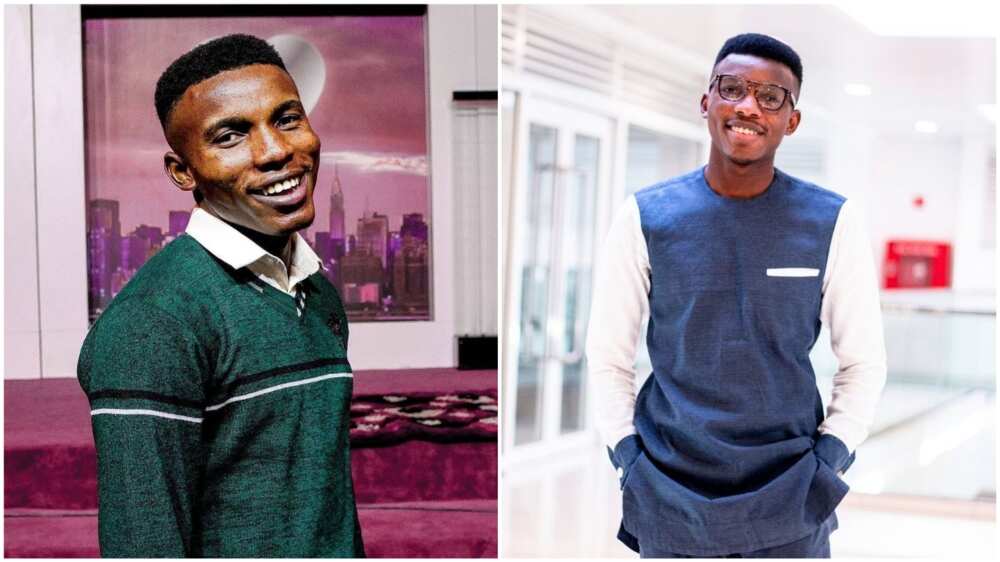 Enrolling at a university in Kigali did not help either as he still thought that was not the right environment for him.

During his search for scholarships abroad, he saw one to study at the St Petersburg University, Russia. After he was initially rejected, he got another mail telling him that he could reapply as they are looking forward to getting more intakes.

Several weeks later, he was given a scholarship to study mathematics and artificial intelligence. He already started his classes online due to the pandemic and would resume on campus when borders are opened.

Meanwhile, Bioreports earlier reported that Nweje MaryJane Ijeoma, a Nigerian doctor, was given a scholarship at the University of Oxford. She said that she was given the choice to choose from three fully-funded scholarships.

Nweje later picked masters in International Health and Tropical Medicine. Doctor Nweje added that she is really excited about what this year will bring.

Lady’s attempt to shoot her shot ends in ‘tears’ as the man told her something very crucial, Nigerians react (photos)

Lady's attempt to shoot her shot ends in 'tears' as the man told her something very crucial, Nigerians react (photos)