Ravens up to 18 on COVID-19 list after new adds

Kwara United have recorded 9 positive coronavirus cases after players and staff of the club were tested for the infection ahead of a possible restart of the Nigeria Professional Football League.

The club in compliance with the regulation of the League Management Company (LMC) had all their members take the test on September 17.

It was gathered that the Afonja Warriors mandated all players to take the tests as they return to training in Ilorin.

Nine of the stars returned positive results and have been taken to the Sobi Isolation Centre in Ilorin.

All clubs have been ordered by the LMC to perform COVID-19 test for players and officials in line with the protocols and guidelines from the National Centre for Disease Control (NCDC).

Since the Federal Government announced the return of sports behind closed doors last month, football activities is yet to resume.

Meanwhile, with the gradual flattening of the coronavirus pandemic curve in Nigeria, the federal government has stated that it is yet to lift ban on contact sports including football.

Despite the gradual easing of the lockdown, the Nigeria Professional Football League 2020/21 season resumption is still uncertain as government say go-ahead has not been ordered. 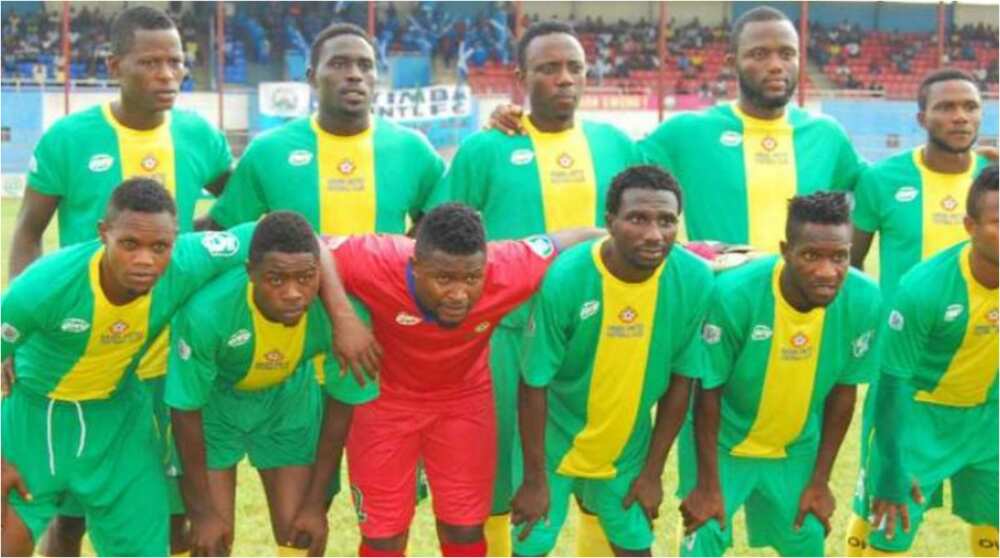 Sani Aliyu, the National Coordinator of the Presidential Task Force on COVID-19, in an interactive session with newsmen in Abuja on Thursday, September 10, noted that the PTF had only removed restrictions on non-contact sports.

“On the issue, I’m a football fan, but sadly, we have not allowed contact sports at the moment. We have only allowed non-contact sports, and so, football is not included.

“All those football fans, it’s not yet time, but we are looking at this, and we will continue relaxing when the time comes and it is safe to do so,” Aliyu said.

However, Bioreports earlier reported that the NFF earlier confirmed that the last NPFL season has been cancelled due to the outbreak of coronavirus.

The apex football body made the announcement on Friday, July 10 – about four months after football activities were suspended in the country.

According to a statement circulated through the NFF media, the resolution was reached via a virtual meeting that had all the stakeholders in attendance.

How to really care for journalists

Lekan Otufodunrin ONE of the ways I spend quality time online is to find out more about organizations I am...

Between Lawan and Sylva

Trump lost but America in no way found, Part 3