Man who earned N20k monthly takes lady out a date, she ate N4500 food all at once, drama happen

– A Nigerian man, Olusegun, has come under heavy fire after he shared an experience of how a lady ate more than his budget during a date

– Olusegun said that he was earning N20,000 monthly when the lady ordered for rice, chicken and salad that cost him N4500

– Nigerians said that lady is not at fault, putting all the blame on him for taking someone out when he knew he could not afford it

A Nigerian man identified as Olusegun on Twitter has a very ‘horrible’ dating experience he had while his monthly salary was still N20,000.

Olusegun said that after that day, he knew right there that the lady was not the woman he would spend the rest of his life with.

Many have since reacted to the man’s tweet with some saying that he should not have even thought about dating with that low income.

His post has generated comments in their hundreds as many are of the opinion that the lady was not in the wrong in any way. 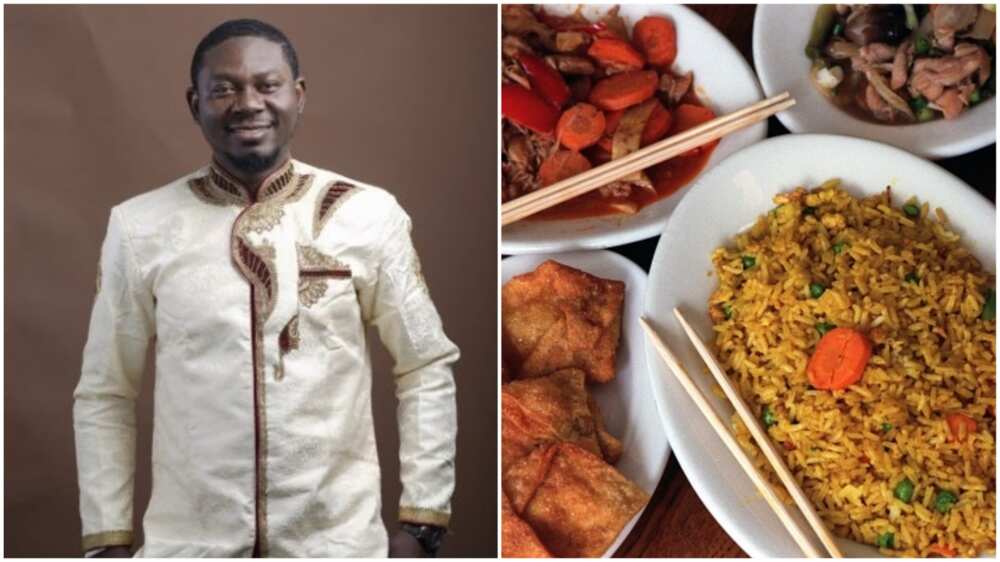 Many said there was nothing wrong with what the lady did.
Photo source: Olusegun, Judy Griesedieck
Source: Getty Images

“With all due respect, don’t let this sick mentality follow you to the new year please. She’s not the one because she ordered food while you drink water? Or is it the bill? Did you give her a limit? Does she know how much you earn? She chose the eatery? Smh”

“20,000 a month and your concern was taking a lady out? You can’t adequately take even yourself out let alone feed two.”

“Taking a lady out doesn’t always have to be about food. Most of our Young girls are just glutton.”

“Nigerian Ladies believed when you wanna take them out on a date, you’re taking them to eatery to eat the food of their lives.”

“20k per month? You should have gone on a date with her under a Mango tree.. and not in an eatery..lol.”

“You should have taken her to the nearest borehole, since its water you wanted her to drink.”

Meanwhile, Bioreports earlier reported that Olawumi Adewale and Tobi, a Nigerian couple started dating after the man wooed her in a very unconventional way through emails.

When Tobi and Olawumi first met, the former in a very stylish way asked her out through email. He titled the email “Application for the position of best Paddy”.

In the opening line of one of the emails whose screenshots have gone viral, the man said:

“I am applying to this position to be one of your Gee’s. I think we’ll get along really well as friends.”

Meet one of the disciples of Jesus Christ who is reportedly from Africa, he wrote part of the Bible