– The general overseer of the Redeemed Christian Church of God, Pastor Enoch Adeboye, says there is a reason for planting many churches

– The cleric says even he is being criticised for such, people who were sitting idle in big churches have become pastors because he planted many churches

Pastor Enoch Adeboye of the Redeemed Christian Church of God (RCCG) has revealed why he does not say a word when people criticise him for planting too many churches.

The man of God said planting many churches has given opportunities to people who were sitting idle in big churches to become pastors and do great things for God, Within Nigeria reports.

Bioreports gathers Pastor Adeboye said these people become pastors because they became enabled by God to cast out devils or heal the sick. 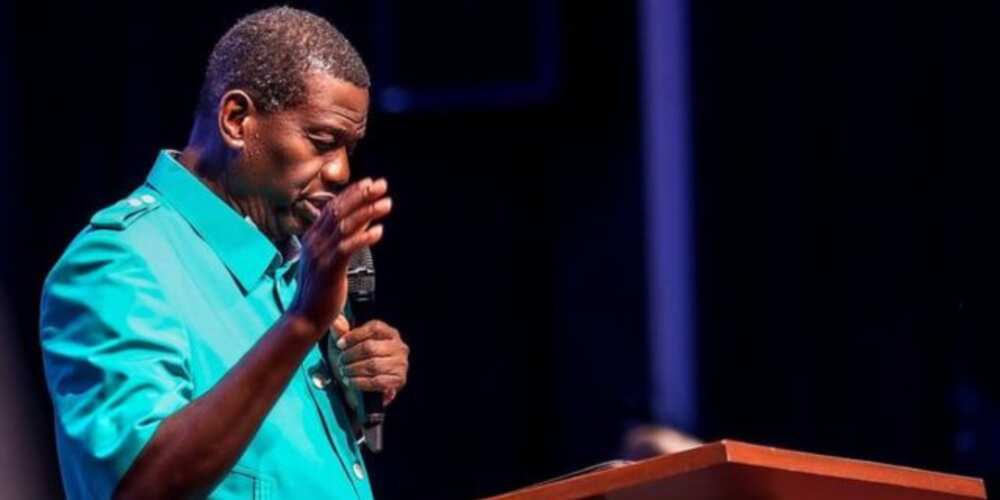 “I thank God for RCCG, l don’t say a word when people criticise us for planting so many churches because in the process of planting so many churches, people who may have been in one big church doing nothing but listening to sermons (paying offerings), become pastors themselves because they became enabled by God to cast out devils or heal the sick.

“Many of them would not have discovered their purpose in life. I am praying for those who will be promoted today, that they will remember to help others fulfill their destinies.”

In other news, Pastor Enoch Adeboye’s son, Leke, has said that the lockdown has made him realise that he does not have anything to prove to anyone.

Leke said he has been wearing the same pair of shoes for 12 weeks, adding that there is no point in dressing to kill the same souls Jesus told men of God to save.

CAMA: Nobody can take over my church – Primate Ayodele | Bioreports