– Saturday, January 23 was a black day for students of Adekunle Ajasin University as well as residents in its surrounding community

– A man identified as Ojinni Charles lost all 3 of his siblings, in one day, to the unfortunate incident

Ojinni Charles has been left licking his wounds and mourning irreparable loss after he lost three of his siblings in one day.

This is as a truck rammed into stores killing scores of students of Adekunle Ajasin University, Akungba-Akoko, Ondo state. 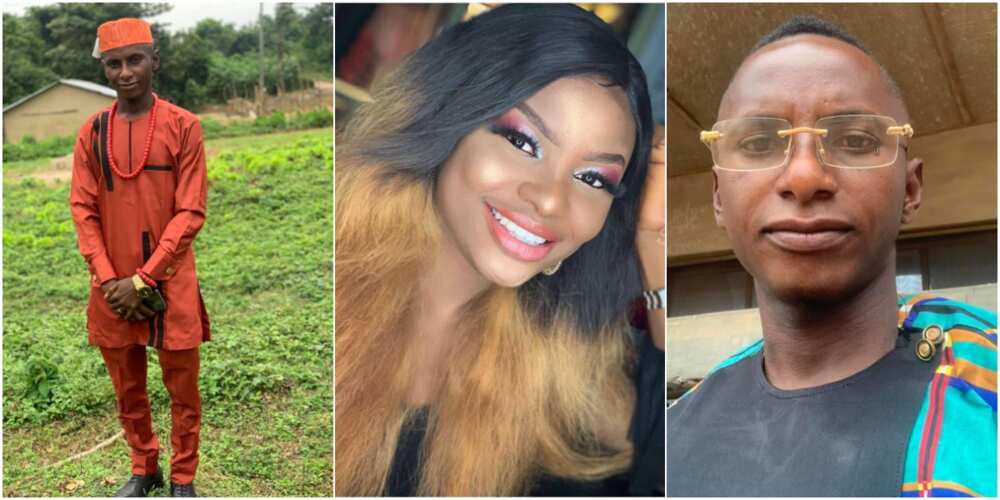 Man pens down emotional message as he loses 3 siblings in fatal accident in one day
Photo Credit: @olaoluwakiitan,@kikiowo_ayoade
Source: Facebook

According to his post, one of them, Seun Ojinni (TopMost), had only tied the knot a month before the accident and was with child. His other two siblings who lost their lives in the ugly accident have been identified as Oluwaseun Ojinni (aka Pope) and Ben Ojinni (aka Benayo).

Emotions and condolences have continued to pour in for the deceased siblings from friends on Twitter.

A man, Ikulajolu Adesola with the handle @oloyeBioreports1, who appeared to be a close friend to the female sibling said:

“Akungba accident stole my Dearest.. A friend, a partner, an inspiration, a lifter.”

“She had just gone to have a photoshoot, thereafter went to make copies of materials at her siblings’ photocopy center for exans. The Akungba accident claimed her life.

“Today is the ONLY day I didn’t hear or read from my friend, Seun Ogini Topmost before she left.Crying face.

“she is d only daughter her mum has we when to d same primary school,we leave in d same area omoh dis one shock me oooo rip seun may ur soul rest in perfect peace.”

Meanwhile, Bioreports had earlier reported that a man grieved after two of his siblings died 24 hours apart.