Parents oftentimes put themselves second as they make their children their priority. One of the ways to show appreciation is to do something they have dreamt of. @Thelumusa_Nkosi did just that by building his mother her dream house.

He shared before and after images of the stunning home on Twitter recently. This kind of achievement deserves to be celebrated in every way, shape and form. South African tweeps, however, had many questions and were not at all convinced.

Many tweeps started to point out that the roofs in the two images were made from different materials. Others pointed out that the grass had disappeared and the powerline was missing in the first image. 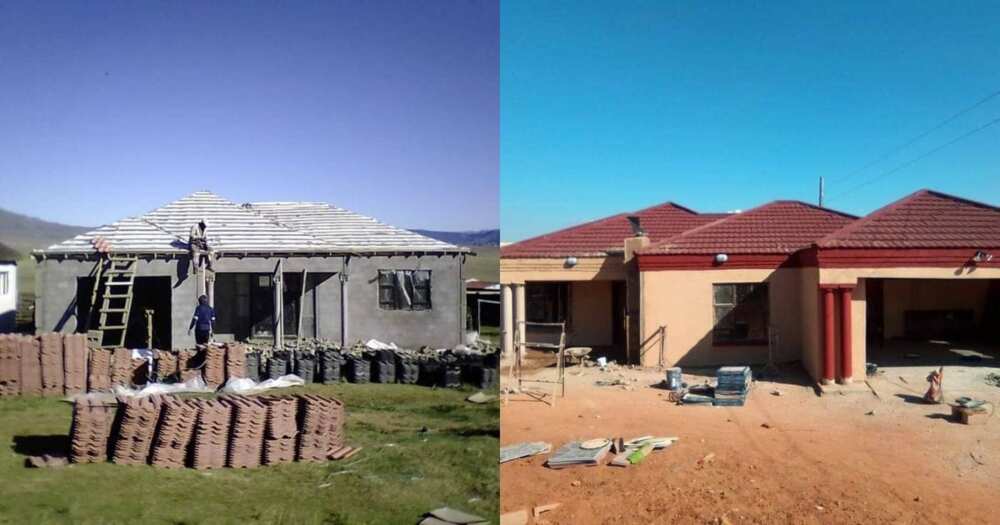 A local man claimed to have built his mum her dream home and shared these pictures that did not convince any South Africans. Source: @Thelumusa_Nkosi
.

Below are a few of the responses from Saffa tweeps:

“Good job, what happened to the yard, from green to brown?”

“Don’t get me started nge power line… Unless it decided to relocate.”

“Yaz When you think about it… What happened to the grass vele?”

“Broer the orientation of the houses not the same. What happened to the grassy ground. Please don’t use other people’s stuff for likes.”

This was @Thelumusa_Nkosi’s response to a tweep questioning the houses:

In similar news, Nigerian artiste Damilola Afolabi, popularly known as LAX, has joined house owners in Lagos as he recently acquired a mansion in the state.

He said he dreamt of a day when he would become a landlord in Lagos, adding that the day had finally come.