Another day, another club named as favourites to sign De Ligt – The Football Faithful

by admin2 admin2
in SPORTS
0 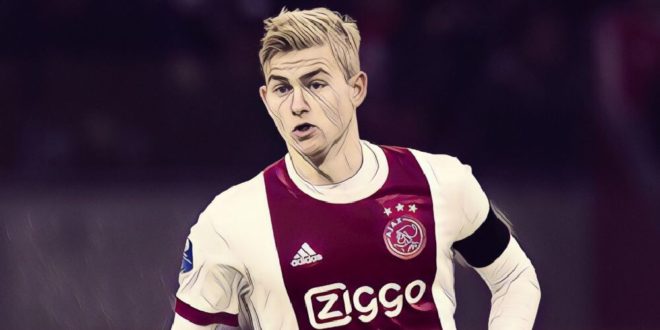 The summer tug-of-war for Matthijs de Ligt has taken a new turn, with Paris Saint-Germain now named as favourites to sign the Ajax star.

Having previously been not the verge of signing (or perhaps not) for Barcelona, Manchester United and finally Liverpool, it is now being reported that the French champions have moved into pole position for one of Europe’s most in-demand players.

According to ESPN the return of Leonardo as the Ligue 1 club’s sporting director has moved PSG to the front of the queue, with the Brazilian having been in constant contact with De Ligt’s agent, Mino Raiola.

The Parisian club are looking to breathe new life into their project as they bid to conquer Europe, having enjoyed years of domestic dominance.

According to the report, PSG are confident they can secure the signing of the young Dutch defender despite huge interest from Europe’s elite.

De Ligt’s signing would likely see the sale of players as PSG look to comply with Financial Fair Play regulations, with Thomas Meunier and Julian Draxler having been linked with an exit.

A plug for Frank Lampard to be the next #Chelsea boss and why they may defy all logic and win silverware next season even with a transfer ban. 🎧

40 per cent of bank deposits in dollars

Collins Nweze, Snr. Finance Correspondent HIGH networth Nigerians now prefer to save their cash in dollars, a report has shown....