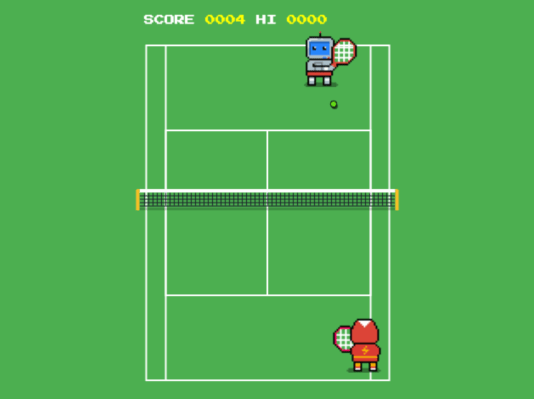 Google loves a good Easter egg. From cutesie Douglas Adams references to the search results for “askew” being just a liiiiittle bit crooked, there’s all sorts of stuff hiding in the search engine if you know the right thing to type or the right buttons to push.

The latest addition — a fun little tennis game hidden within certain search results pages — is in honor of the Wimbledon tennis tournament. With Wimbledon wrapping up this weekend, though, this egg might not be around for long.

It’s not too hard to find, but it’s just tucked away enough that most people probably won’t stumble upon it accidentally.

Here’s how to find it:

Once you’ve got it up, it’s pretty much Pong minus the paddles. Move to serve, then try to get your player in front of the ball to rally it back and forth. I’m not sure if it’s possible to actually get the ball past the computer player — I haven’t seen it happen. But just successfully returning the ball will get you a point. Once you miss a return, it’s game over.

It’ll work on both mobile or desktop, but I’ve found it’s a helluva lot easier to play on the latter.

Twitter will start testing its ‘hide replies’ feature next week, in Canada

iPhone 11 vs. iPhone XS: It might not be time to upgrade just yet – Bioreports

Adobe turns it up to 11, surpassing $11B in revenue

QB son of Jon Kitna commits to play for Gators