‘He had to go!’ – Tottenham boss Mourinho explains Dier’s hasty exit from pitch against Chelsea

Veteran Brazilian defender Thiago Silva handed Chelsea camp a huge boost after joining them in training for the first time on Wednesday, September 16.

The 35-year-old joined Frank Lampard’s side on a free transfer from Paris Saint Germain this transfer window. He signed a year deal with the London club until the end of the current season.

He participated in the Blues session along with Ben Chilwell – which includes group matches and other drills.

It will be recalled that both players were not part of their Monday night’s victory over Brighton & Hove Albion which saw them kick off their campaign on a winning note. 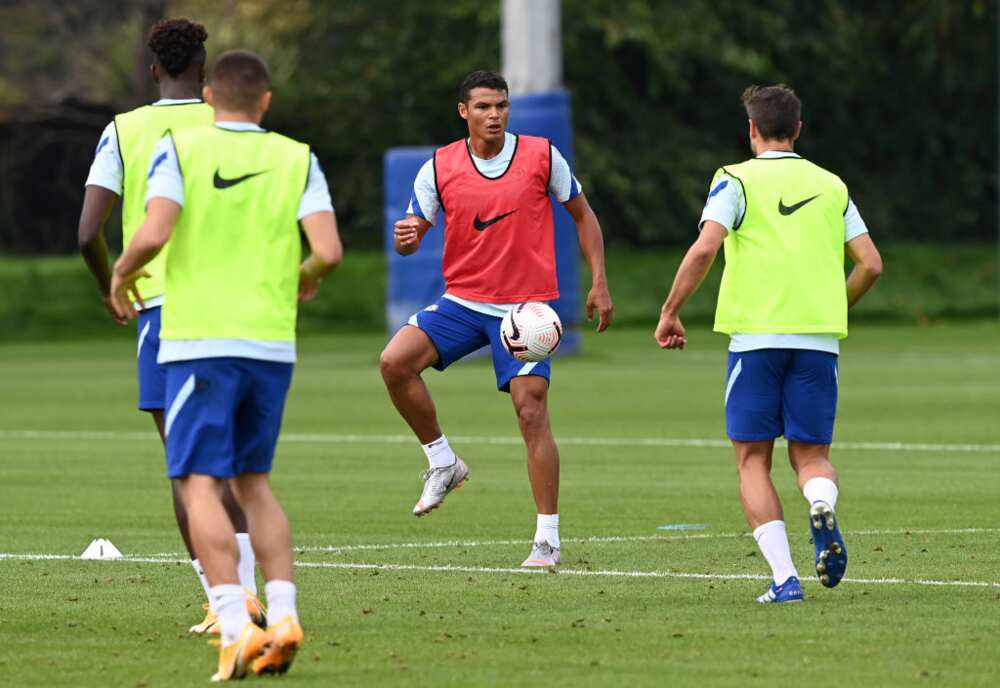 Thiago Silva participating in Chelsea training for the first time since joining them from PSG – Getty Images
Source: Getty Images

The 23-year-old defender moved to Stamford Bridge from fellow Premier League outfit Leicester City in a deal around £50 million.

However, he has been battling with a heel injury he suffered towards the end of the 2019-20 campaign as reported by Daily Mail.

The England international is now getting ready to make his debut for Chelsea in the coming weeks after joining his colleagues in training.

Meanwhile, Silva made 315 appearances for the French champions over an eight-year reign – winning 23 titles in all with the Parisians.

He was part of the squad that also pushed PSG to their first Champions League final but lost to Bayern Munich at the end of the fixture.

Bioreports earlier reported that Kurt Zouma believes Chelsea will put a dent to Liverpool’s Premier League chances when they meet at Stamford Bridge this weekend.

The Blues and the Reds will clash in a blockbuster matchday 2 game and the French defender claims his teammates are ready to hurt their rivals.

Zouma is also convinced that Chelsea have enough firepower withstand the presence of Liverpool’s trio of Mohamed Salah, Roberto Firmino and Sadio Mane.

Whistleblowing should include issues of public safety, others- Osinbajo