– Kuti shared a video capturing the moment her partner, Theo Lawson, was accosted for having an unauthorized wastebasket in his car

– According to the officials, Lawson moved around with an Ekiti state basket as opposed to the authorized one from Lagos state

Kuti in a post shared on her official Instagram page explained that her man was stopped on his way to the Badaru area of Lagos.

Lawson was accosted by an official who faulted him for moving around with an unauthorized wastebasket in the state.

In the video, the official was seen displaying the said basket as he pointed out that it is registered to Ekiti state. According to him, Lawson should have been with a wastebasket registered to Lagos state.

Sharing the video on Instagram, Kuti wrote: “Exploitation. This happened to my partner today. What is happening? This is just a country of pain. I beg. It is too hard to make things easy for the people. More to come. This can’t keep happening.”

Watch the videos below:

Followers were spotted in the comment section condemning the occurrence. Some were quick to note that there are other issues in the state which require the government’s attention. 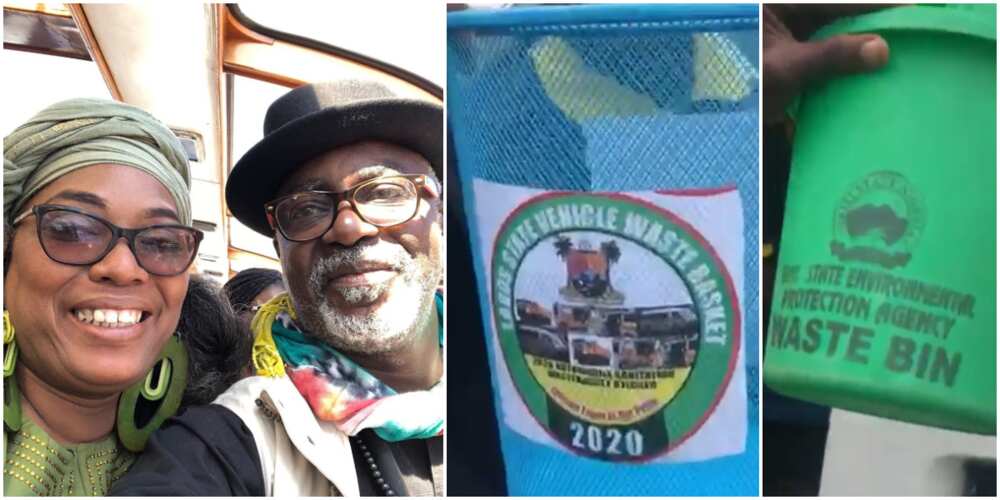 morayobrown: “My jaw has dropped since, and I can’t seem to close it. Unbelievable!!”

kingmanizle: “The government is broke and completely out of ideas…”

In a related Kuti family story, Bioreports previously reported that musician Femi Kuti cleared his name regarding a recent protest in Lagos. The music icon explained that he joined the protest because he thought it was a genuine cause to protest the cost of fuel.

Kuti, however, stated that he backed out after discovering that the protest was politically motivated.

Sweet video, photos of actress Bukunmi Oluwasina’s wedding to her lover of 11 years

Kayode Idowu Unless something gives in the brewing test of will over recent increases in domestic price of petrol and...