This will come as a massive boost to Jose Mourinho who has come under pressure since his side’s 1-0 loss to Everton in the opening day fixture.

Bale has been consistently linked with a return to his former club after being frozen out of Madrid’s squad by manager Zinedine Zidane.

On the other hand, Manchester United were favourites to sign Reguilon from Los Blancos after an impressive loan spell with Sevilla.

The Spanish left-back played a major role in helping the La Liga club win the Europa League last season after defeating United and Inter Milan in the finals respectively. 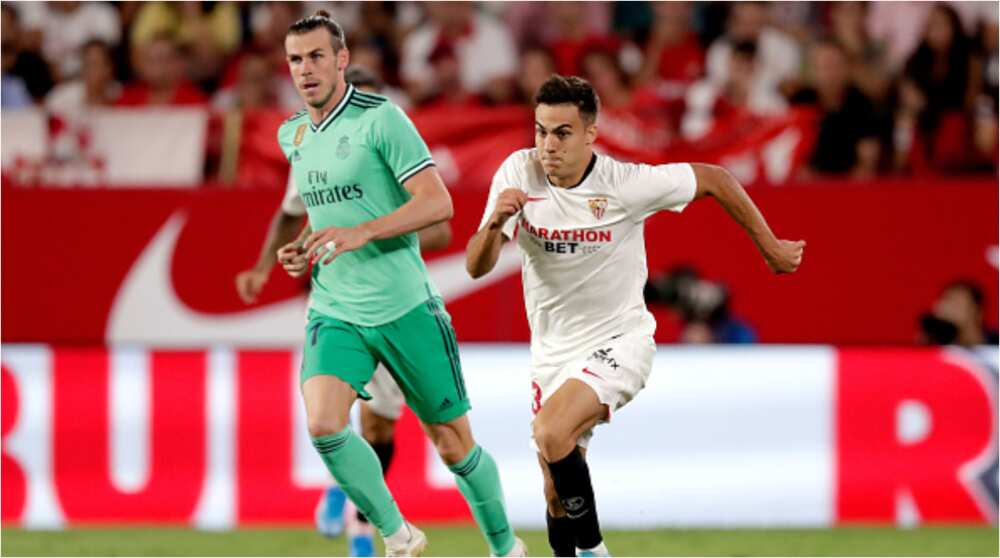 And according to Sky Sports journalist Fabrizio Romano, the Real Madrid outcasts have left the club to complete a loan and permanent deals respectively with the Tottenham.

Romano claimed Bale will be signed on a season-long loan deal while Reguilon will complete a permanent transfer to the north London outfit.

Meanwhile, Bioreports had earlier reported that Gareth Bale has expressed his desire to leave Real Madrid this summer only if the Spanish club would permit him.

The Welshman was set to play in the Chinese Super League last season but the move was stopped at the eleventh hour by Los Blancos.

To add to his woes, Bale has been frozen out of Zinedine Zidane’s first team after experiencing only 100 minutes of action after the three-month break.

But the 31-year-old revealed he feels more at home when he played for the national team guided by Ryan Giggs as the Dragons prepare for their Nation League tie with Finland.