Former Super Eagles striker Yakubu Aiyegbeni has branded the current coach of the Nigerian national football team Gernot Rohr as one of the worst coaches in Nigeria.

This is coming in the wake of the home and away draw with the Leone Stars of Sierra Leone in the AFCON 2021 qualifying series.

Nigeria let a four-goal-lead slip in the first leg allowing the visitors pull magical four goals back to draw 4-4 at the Samuel Ogbemudia Stadium in Benin on November 13, before managing a 0-0 draw in Freetown four days later.

Furious with the result, Yakubu Aiyegbeni calls for the sack of the team coach as he stressed that the manager is not good enough to manage the Super Eagles.

“The coach is not good enough, let him go,” Aiyegbeni told Lagos Talks FM as cited in The Nation newspapers.

“Some of the boys are not good enough. I don’t know where they are bringing them from. Who is inviting these players? 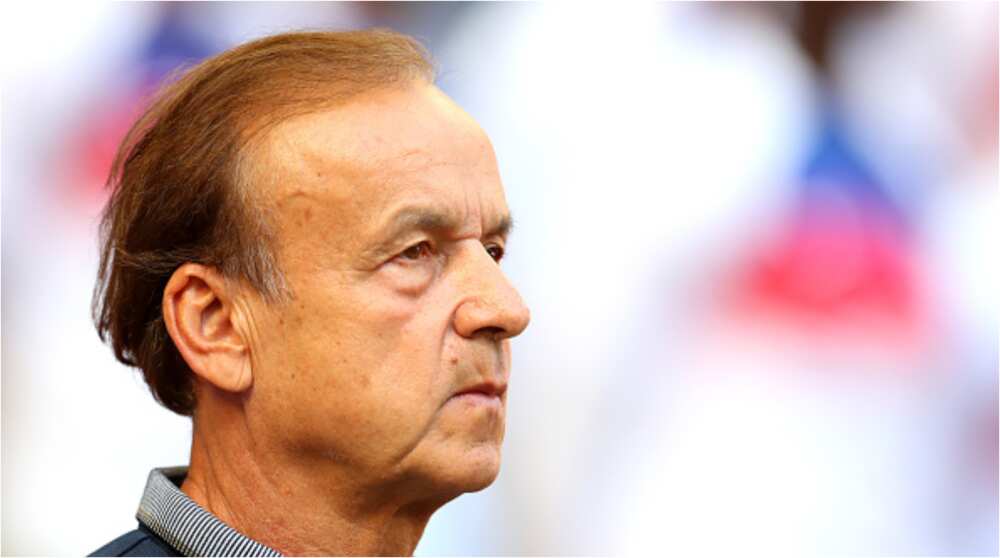 Meanwhile, striker Victor Osimhen who was injured during Nigeria’s first leg AFCON qualifying clash against Sierra Leone is confirmed to have dislocated his shoulder.

He immediately departed for Italy as he returned to his base to undergo further tests and his club Napoli confirmed he is undergoing physiotherapy following a dislocated right shoulder.

Bioreports earlier reported that while lots of Nigerians take precaution allowing their kids play with pets, the daughter of Super Eagles star Moses Simon was seen playing with their guard dog alone.

The two-year-old was seen in a photo on her dad’s Instagram story as she held the pet warmly to the amazement of the player’s followers.

Simon been ruled out of Nigeria’s 2022 Africa Cup of Nations qualifiers against Sierra Leone due to injury concerns.