Zwane, Nurkovic tussle for Safja Footballer of the Season award

Pierre-Emerick Aubameyang has shown great generosity after he engaged himself in a 7-a-side game in Italy, paying for the pitch and then giving every player an Arsenal shirt.

The Gunner made a trip to the country to visit his brothers Willy and Catalina and they all later showed up at a football pitch in Varese.

The Gabonese international is reportedly on the verge of signing a new three-year deal at Premier League side Arsenal and will earn £250,000 a-week. 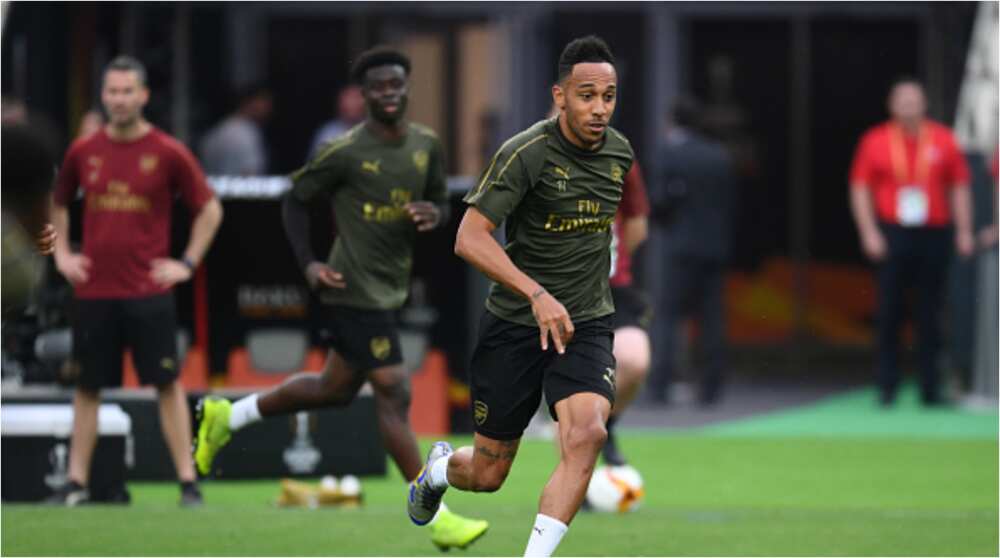 This latest development will be a great one for all Arsenal fans who have been worried over the future of the former Borussia Dortmund striker at the Emirates.

Arsenal chiefs have had positive talks with Aubameyang and they have assured the striker their readiness to also bolster the squad for next season.

Willian has been linked with a move to join Arsenal from Chelsea and the Gunners are also said to be looking for defenders and midfielders for their campaign next season in all competitions.

According to the Telegraph, Arsenal chiefs have had positive talks with Aubameyang and they have assured the striker their readiness to also bolster the squad for next season.

Bioreports earlier reported that football loving fans were banned from the stadiums since March following the outbreak of the pandemic, however latest information has it that government will allow them to return to the stands as from September.

The Sun are reporting that a further easing of the lockdown will be implemented by the UK government with strict rules in order to test possibility of safe return of fans into the stands.

Our Reporter Big Brother star, Laycon showed he is also a big fan of Fecent Ricco when he danced to...

Osinbajo: We’ll focus on auto gas as alternative to petrol