– According to him, Akindele’s life is a testimony and she is a blessing to the current generation

Nigerian music producer, JJC Skillz, is no doubt one man who knows how to hype his wife, Funke Akindele-Bello, and this time is no different. 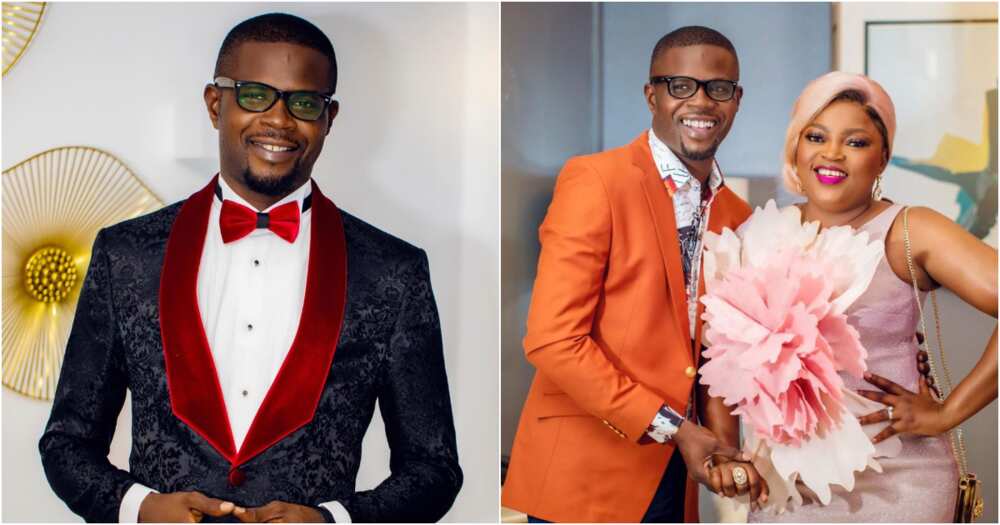 The couple got married in 2016
Photo credit: @jjcskillz
Source: Instagram

He recently took to Instagram to gush over the amazing strength of the Your Excellency actress. According to him, she is a true African woman whose drive is a motivation for the ambitious.

JJC who welcomed a set of twins with Akindele in 2019, said her life is a testimony and that she is a blessing to the current generation.

Inside the Unique Royal World of the Unflappable Princess Anne

“He wrote: “AFRICAN SUPERWOMAN @funkejenifaakindele You never TRY. It’s either you DO or DON’T. Your DRIVE is the motivation for the Ambitious. Your FAITH is strength to the hopeless. Your life is a TESTIMONY. Work Hard/Pray Hard & All your dreams will come true. You’re a blessing to this generation, my love. A Leader, Mother, Wife, Philanthropist, Actor, Writer, Director. God is your strength & will continue to abide with you.”

Akindele was among the few people who recently came to the rescue of veteran Nollywood actor, Pa James after his home was taken over flood for the umpteenth time.

The film star’s residence which is located in Oke Isagun community of Oke Odo LGA in Lagos state had been taken over by flood and from photos shared on social media, Pa James’ house looked like a small river.

The Jenifa star impressed many after she gifted Pa James a newly rented apartment to stay in.

Following allegations of physical and emotional abuse labelled against her online, Akindele recently took to her Instagram story to reveal her nature which many who are lazy might not be able to comply with.

Jenifa as the actress is mostly called after her lead role in a same-titled movie Jenifa bragged about being a hardworking woman and an original perfectionist. The mother of twins made this known on her Insta story using a boomerang of herself working and hashtags.

Also, upcoming Nollywood actor, Tobi Makinde, took to social media to celebrate her. Makinde who is popularly known for his role as Timini on popular Jenifa’s Diaries show had nothing but good things to say about Akindele.

According to him, she believed in him and took him as a son. He said that the actress took him up for a production job even though he did not have any experience. He said that Akindele scolded him when he messed up so that he would get better at his craft. Makinde added that only the patient and hardworking would understand how the actress really is.