– A Nigerian lawyer has taken to Twitter to celebrate her achievement as one of the top 10 best graduating students in corporate law out of over 1,700 students

A Nigerian lady has taken to social media to celebrate her win after graduating as one of the top 10 best graduating students in corporate law out of over 1,700 students.

The young lady with the Twitter handle @_omobanjo, who is part of those that were recently called to bar, took to the microblogging site to share the good news.

Congratulatory messages have been pouring in for her from well-meaning Nigerians ever since she shared the good news. 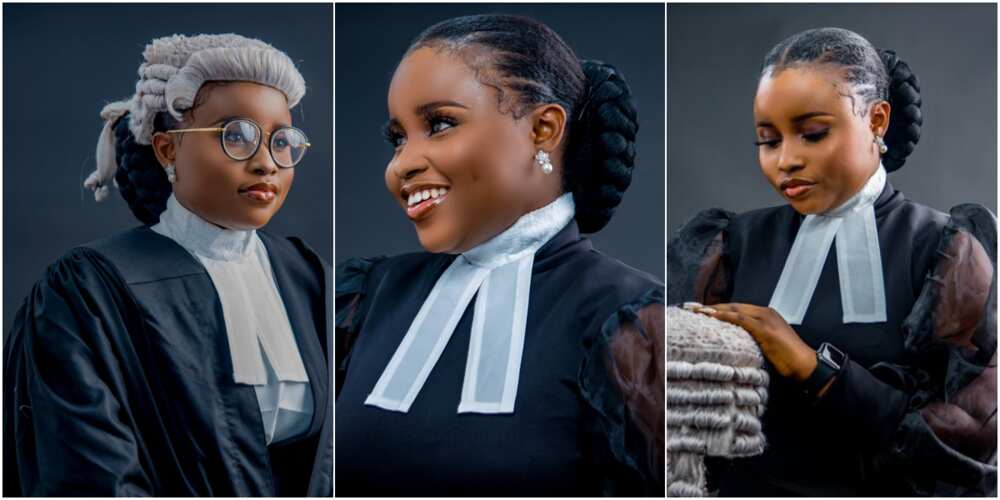 She shared some adorable photos which she captioned: “God shows up and then shows out! BEST STUDENT IN CORPORATE LAW AND PRACTICE, Top 10 of 1700+ students. No words, Just God!”

Another user with the handle @omo_iyakolajo wrote: “Congrats Sis. I tap into this success by faith and say that I would be the one to get this award for my set in Jesus Name ooo…Amen..”

In other news, congratulatory messages are pouring in for a Nigerian lady on Twitter with the handle @Cherylsfx1 after being called to bar.

In the first picture, the lady sat beside her father in a library as the latter showed her something from a book. She appeared to be paying keen interest to what her father was showing her from the book.

The second picture was also taken in a library, but this time around both father and daughter were in their professional regalia as they sat beside each other and the lady paying rapt attention to what the old man was showing her from a book.