– A young girl has told her mum to learn how to do house chores, saying she would stop doing house chores

– In a video that emerged on social media, the girl said her mother does not do anything in the house and leaves everything for her to do

– She told her mum not to kill her with house chores, adding that because she gave birth to her does not mean she should do nothing in the house

A video has emerged on social media in which a young girl could be seen arguing with her mother over house chores.

The girl expressed her dissatisfaction over the house chores her mother left for her. She asked why her mother does nothing in the chores and leaves everything for her.

She said she lays bed, cleans and arranges the house and told her mother to learn how to do these chores. 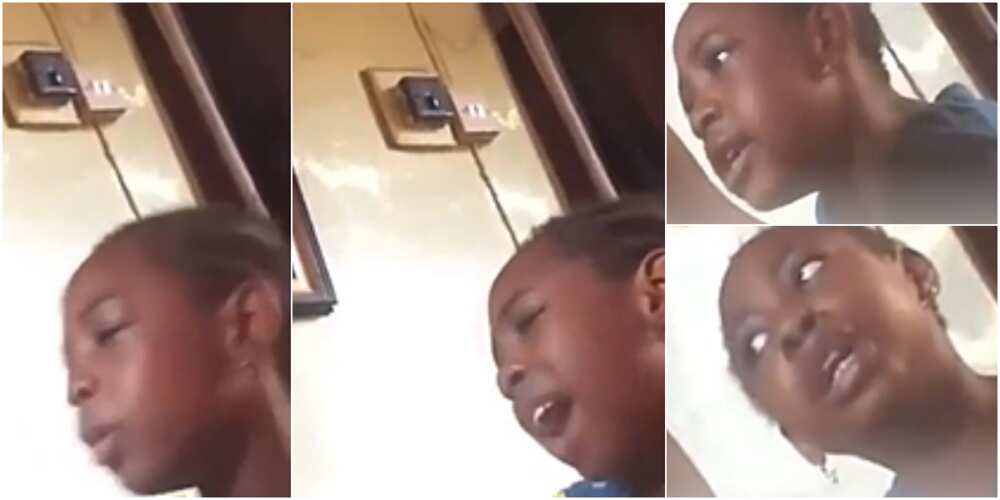 She told her mum not to kill her with house chores, adding that because she gave birth to her does not mean she should do nothing in the house. @mediagist/Instagram
Source: Instagram

The girl told her mum to give birth to another child, adding that she would stop doing house chores in the house.

She said because her mother gave birth to her does not mean the latter would do nothing in the house.

In a similar story, a young girl Emmanuella Jones, who is the last born of their home, has decided to set rules and regulations for her family on the chores she would be doing in the house.

Her elder sister called Mirabelle got Nigerians talking after she shared a copy of her parent’s last born’s rules in the house on the popular microblogging site, Twitter.

Mirabelle jokingly stated that Emmanuella was crossing the line with her written rules and regulations.

In the photo of the rule paper shared online, Emmanuella said that she would not be washing plates used by everyone except that of herself and their parents.

According to her, she will not sweep the sitting room because it is not her job.

While she agreed to switch on the generator every night, she stated that under no circumstances must she be asked to switch it off especially when she is asleep.

Igbo women are the most romantic women in Nigeria – Lady claims, sparks serious debate on the internet

By Adeyinka Akintunde There was outrage on social media on Tuesday evening over the reported shooting of #ENDSARS protesters at...