– According to the anti-graft agency, the former governor received a cash payment of $5,000,000 from Senator Musiliu Obanikoro

Recall that Fayose is being prosecuted alongside a firm, Spotless Limited over sum funds he received during his governorship campaign in 2014.

The defendants pleaded not guilty. 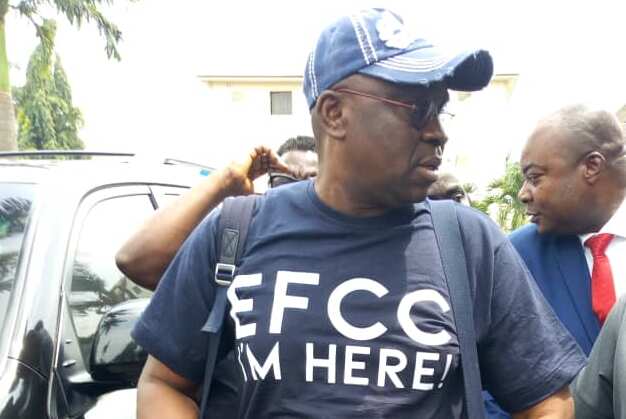 Bioreports News reports that the EFCC did not oppose Fayose’s application.

After granting the application, Justice Aneke ordered Fayose to be in court on the next adjourned dates of March 18 and 19, 2021.

The former governor said the issue of ethnic crisis in Oyo should be addressed using a roundtable discussion.

Fayose noted that Igboho cannot be overlooked “in the circumstances we have found ourselves”, adding that the only way is to make peace with all the aggrieved sides.

Going further, he said Nigeria may not recover from the effects of the current economic and security woes 50 years after post-Buhari era.

Fayose took a swipe on the current administration in a tweet on Friday, February 5, saying it is time for the country’s elites to “speak up to save Nigeria.”

According to the former governor, the socio-economic crisis in Nigeria has been terribly amplified by the “hatred amongst various ethnicities.”