– The sprinter however believes that, all factors considered, Cristiano Ronaldo is faster than him in 2020

Jamaican sprint superstar Usain Bolt was quick to admit Cristiano Ronaldo would easily beat him at a sprint despite his reputation as the fastest man alive. 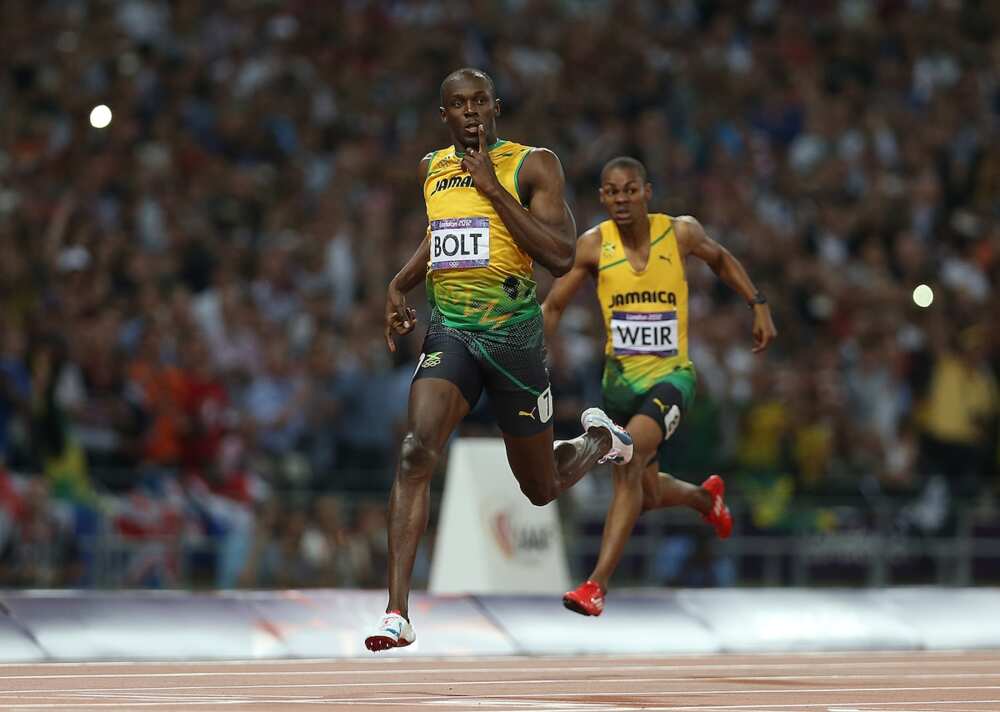 The 34-year old has eased down on his training regime since retiring from athletics in 2017 and because of his slacking, he believes the Juventus superstar is better placed in a race between the two.

Bolt weighed his chances with Cristiano in a foot race as he applauded the Portuguese as a “super athlete”.

“For sure he is faster than me because he trains every day. He always on top of his game, he works hard and he is focused. Right now I definitely think he would be faster than me,” Bolt analysed.

In his prime, Bolt completed 100 metres in a world-record 9.58 seconds at the World Athletics Championships in Berlin in 2009. No human has ever beaten that feat since then.

Around the same time, Ronaldo, who was 26, also took on captain of the Spanish athletics team David Rordiguez in a 25 metre dash.

Rodriguez obviously beat Ronaldo at the time but the fact that the Portugal superstar was beaten by three tenths of a second despite his completely different training regime spoke volumes about his athleticism.

Based on the results against Dpain’s athletics team captain, it would mean Ronaldo would come only two seconds behind prime Usain Bolt’s record.

While Ronaldo could potentially thrive if he decided to take on athletics, not the same can be said about Bolt if roles were reversed as the Jamaican had an unsuccessful stint at football.

Meanwhile, Bioreports earlier reported that Cristiano Ronaldo has been heavily linked away from Italian club Juventus but reports say the 35-year-old striker has no intentions to dump the Old Lady.

Reports from Italy claim that the Italian giants are desperate in getting the striker’s salary off their wage bill with Manchester United ready to make a move.

Ronaldo currently earns a staggering £28 million-per-year, but Juventus are now hit with financial problems due to the pandemic.