– A kind woman, Suzaan Smith, had her #ImStaying moment recently

– Her story inspired thousands of South Africans, who were touched by Smith’s simple act of kindness

A student, Suzaan Smith, has warmed the hearts of thousands of South Africans with her small act of kindness. Smith saw an elderly man at a pharma*cy and she overheard the cashier telling him he does not have enough money to pay his bill.

Instead of turning a blind eye to the man’s dilemma, Smith opened her heart and wallet to him. She paid the full R60 for his medicine.

The young lady then decided to share her experience on the #ImStaying group and her post went viral.

“I was at the pharm*acy wondering why the queue isn’t moving until I stepped to the front to find out the cashier was counting lots of coins and kept saying to the old man. “Jou geld kort nog met ń R60 (your money short R60)”. To my mind I thought she meant R16 (lol Afrikaans neh). I took out the R20 and gave it to the old man and he said, “Thank you my child.”

“The cashier said again “Oupa ek din*k jy moet die medikasie terug vat want jy kort nog steeds R40 (you’re still short R40, it’s best if you return the medica*tion)”. Shame I couldn’t bear the disappointment on the old man’s face. You could see through his eyes that he needed that medica*tion. Again I took R40 out and he was so happy he couldn’t stop showering me with countless blessings. 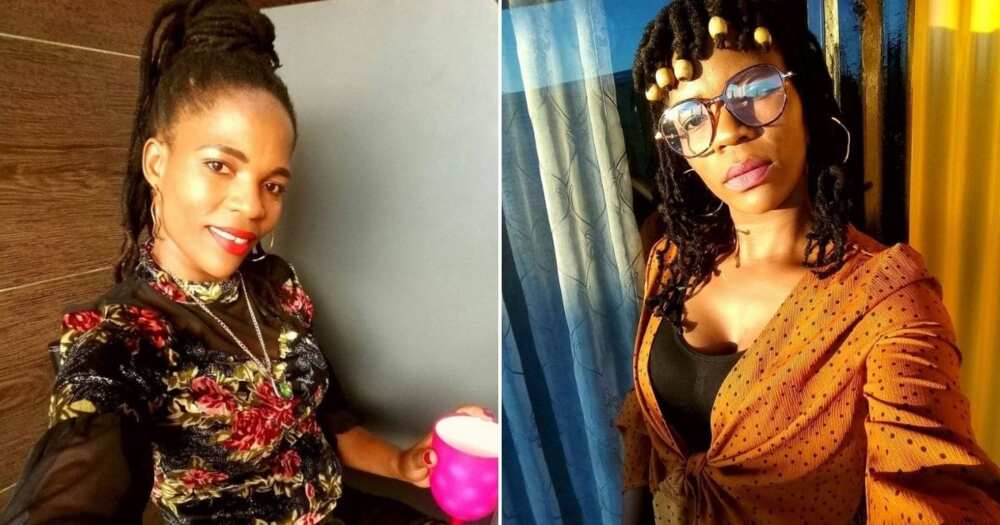 Suzaan Smith is the embodiment of Ubuntu. The gorgeous local lady reached out to help an elderly man who could not afford his medicine. Photo: Cleopatra Suzaan Smith / Facebook.
.

Speaking to Bioreports Smith said she was moved by the emotion on the elderly man’s face. She was quoted:

“I helped the old man because I could not bear the disappointment in his eyes and I couldn’t let him leave the pharma*cy without his medic*ation. ‘Medica*tion is life’ – I guess letting him leave without his med*ication would have been a regret to live with for the rest of my life.”

Smith added that the grateful madala showered her with words of blessing – which made everything worth it. 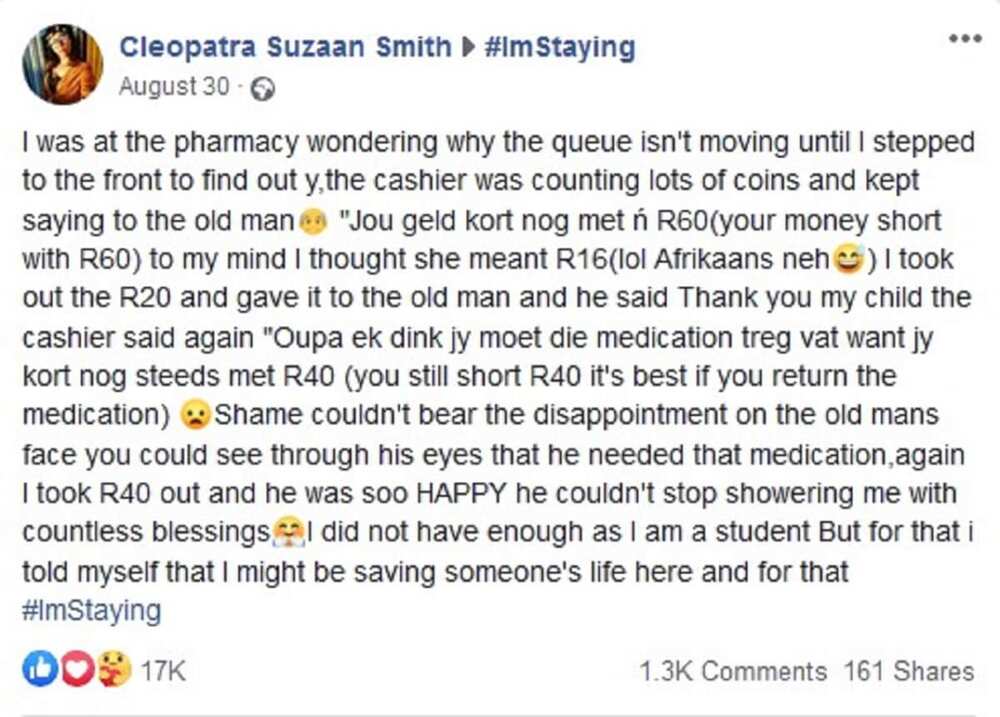 Over 17 000 people reacted to Smith’s post and they were in awe of her kindness.

“So proud of you, the heavens are rejoicing.”

“Well done… God bless you with whatever you need.”

“Thank you for your kind heart. Bless you.”

Meanwhile, Bioreports earlier reported that A Nigerian man with the Twitter name Okikiola has proved that there are still ‘angels’ in the world who would do all to help those in dire need of assistance.

On Wednesday, September 9, the Nigerian man said he was driving by when he saw a woman under the rain shivering. He said that his first thought was that perhaps the woman is not mentally okay.