Two friends who were black in Nigeria years ago turn light-skinned in Germany, many say abroad weather is good

– Gretta Jackson got pregnant with her first child, a daughter, when she was just in her first semester of college about 19 years ago and had to fend for her

– The woman, while celebrating the Black History Month, took to her social media pages to share the story of her journey

Nothing is impossible with hard work, resilience and above all, God’s grace. The same was recently brought to life by Gretta Jackson, a black woman who is finally the owner of a franchise restaurant where she worked for over 20 years.

Bioreports has learnt that Gretta was forced to pick a second job at an Outback Steakhouse in Southfield, US, to make a little extra money. 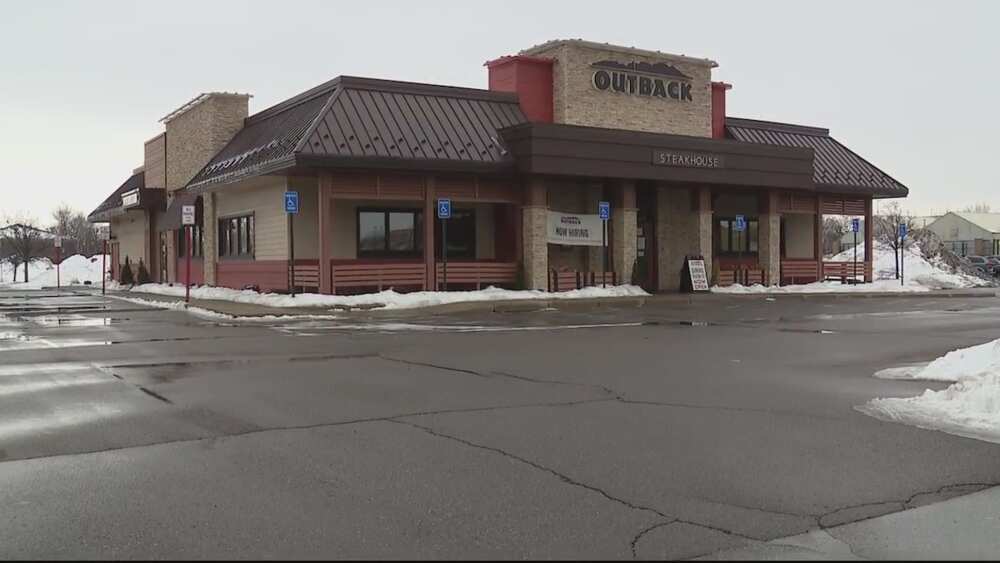 Gretta worked for the restaurants for over 19 years before owning one. Photo: Fox2Detroit
.

According to Fox2detroit.com, Gretta got pregnant with her first child when she was just in her first semester of college about 19 years ago.

The lady disclosed that she had to pick a part-time job at the Outback restaurant just but to make some extra money to provide for her family.

Gretta revealed that she started the job from the bottom as a server and was not making much money.

“You don’t have to make it in the history books in order to make Black history. I made these decisions and choices and have to live with them but how, at 18, am I going to pull this off? Don’t let other people tell you what you can’t do because of your situation. Show them what you can do in spite of your situation.”

It was not easy for her as she was still young but she sailed through and years later, after saving up enough money, went for her dream: owning one of Outback Steakhouses.

While celebrating the Black History Month, Gretta took to her social media pages to share the story of her journey.

In a Facebook post, Gretta revealed that she is now the managing partner of an Outback Steakhouse in Roseville, US.

In a previous report by Bioreports, a Nigerian lady showcased her house cleaning business and people showed her great support on Twitter.

In a post on the platform on Saturday, January 2, the lady described herself as the number one house cleaner in Enugu state.

She added that her work is so efficient that she hardly leaves behind stains and her service always gives premium satisfaction.