Alyssa shared a video of the incident on TikTok, which showed off her cropped bodysuit, which exposed her midriff. A 22-year-old woman claimed that she was forced to change her clothes at Disney World in Florida because her cropped top was “inappropriate”.

Alyssa Schueller, who was with her parents and sister, claimed that she was confronted by a staff member who told her that she was breaching the park’s dress code. But instead of choosing from her own clothes, they escorted her to a gift shop to buy a new top with a gift voucher, to ensure she was dressed in accordance with the rules.

Alyssa shared a video of the incident on TikTok, which showed off her cropped bodysuit, which exposed her midriff. Her account has now gone viral and viewed nearly four million times since being uploaded four days ago.

She shared a video of her being escorted by a staff member before they purchase the new top with a gift voucher.

In the clip, she showed off her bikini-style top, which was black with thin straps, before she changed into a yellow t-shirt that said ‘Walt Disney World.’ 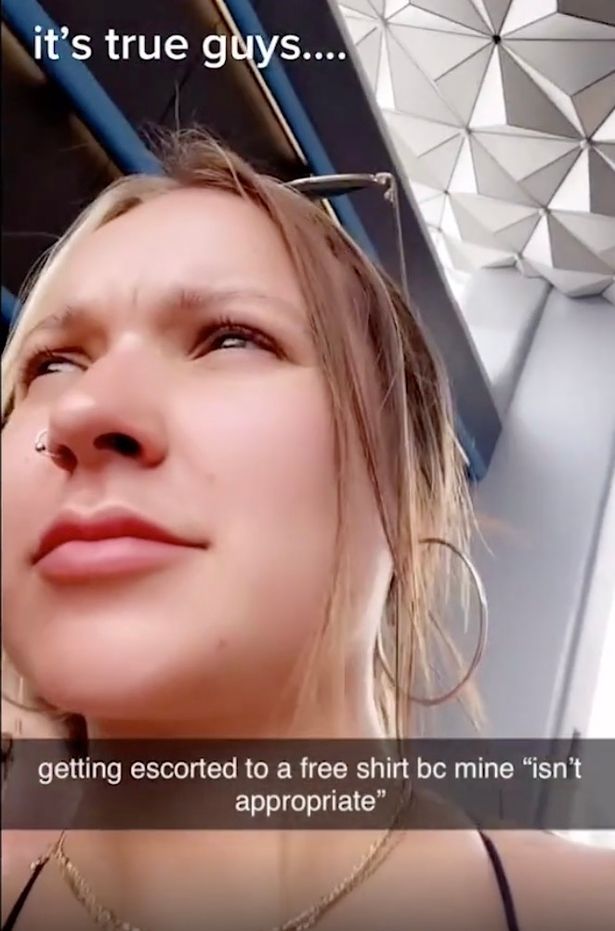 She wrote: “I was at Animal Kingdom all morning without an issue. I went to Epcot and this happened.”

“I went back to Animal Kingdom and had no issue once again. If Disney wants to endorse a dress code then they need to do just that, but the inconsistency…please.”

Her account went viral, with many flooding Alyssa with supportive comments.

One person joked: “Girl you scammed Disney out of free merch, you should be proud.”

“My husband’s DM is filled with messages from...

Grieving dad asks why there were no metal...

Jungle Cruise: Jack Whitehall Worked Out With The...

Lord of the Rings Director Was Pressured To...