– Since the rule came into force, Zeena Ali is the first female officer to dress in that manner as she was the designer of the new uniform

It is amazing to see that the world is gradually becoming inclusive to all irrespective of their faith and gender.

According to AJ+ on Twitter, New Zealand Police has upgraded its dressing system for Muslim women to allow them to wear hijabs on their uniforms.

In a tweet shared by the media, it was revealed that Zeena Ali is the first female officer to wear it. The woman said that her police training was at a time when there was a tense atmosphere in the country following Christchurch mosque attacks. 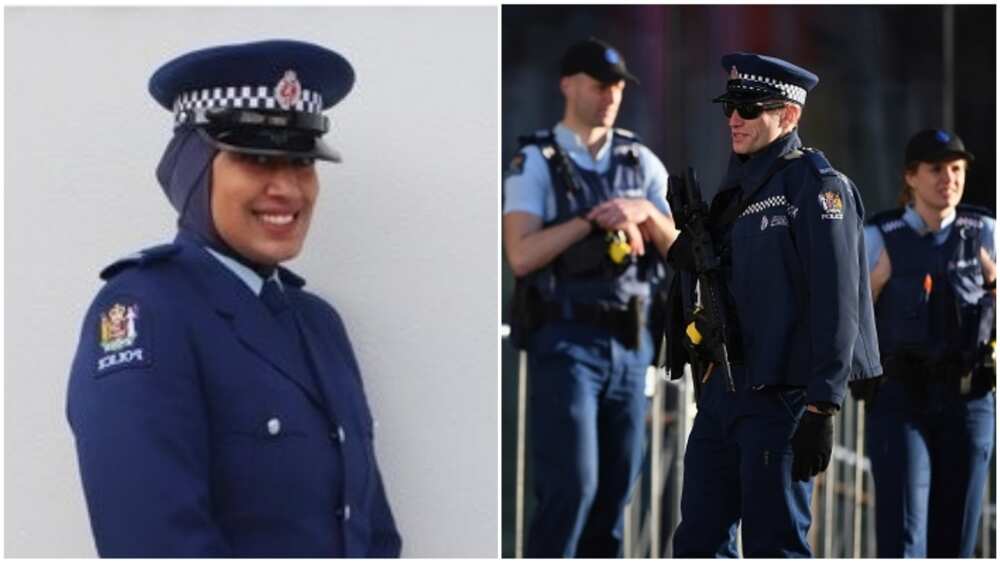 As at the time of writing this report, the tweet has gone viral with over 10,000 likes and thousands of comments.

See her photo below:

“While this is great news in terms of respect, identity, religious freedom and diversity… I do hope in the long run women (and as a matter of fact, human beings) do not feel the need to wear historic symbols of oppression.”

“I think it’s fair to say that it won’t be considered remotely provocative if it came with a face mask. The planets kinda aligned for that one this year.”

“As much as this is progressive, I don’t agree. As tolerant as the west is, they shouldn’t be compelled to change their laws because of religion rather the individuals conform to the dress code. If the case was reverse, this won’t happen.”

Meanwhile, Bioreports earlier reported that a woman with the Twitter handle @cutedoosh celebrated the new promotion she got in the Nigerian Fire Service as she became a deputy superintendent of fire.

In her post, the woman said she got promoted from a two-star officer to three stars, a thing she is extremely grateful for.

D Dennis shared four beautiful photos that showed her in a neat and beautiful uniform. One of the pictures captured the moment the woman was being decorated with her additional star by her superiors.

Why Fed Govt was absent from Southsouth parley, by Presidency

Why Fed Govt was absent from Southsouth parley, by Presidency