Wizkid’s 1st baby mama Shola Ogudu has taken to her social media page to show her disgust at the things she sees in her son Boluwatife’s DM.

Shola revealed that some young ladies send her 9-year-old son unclad photos of themselves.

The singer’s baby mama noted that her son signed up on Instagram with her phone and also on his phone, however, she helps him to post whatever he chooses to go on the platform.

Recently, she went through Boluwatife’s DM and saw the various messages that he gets. 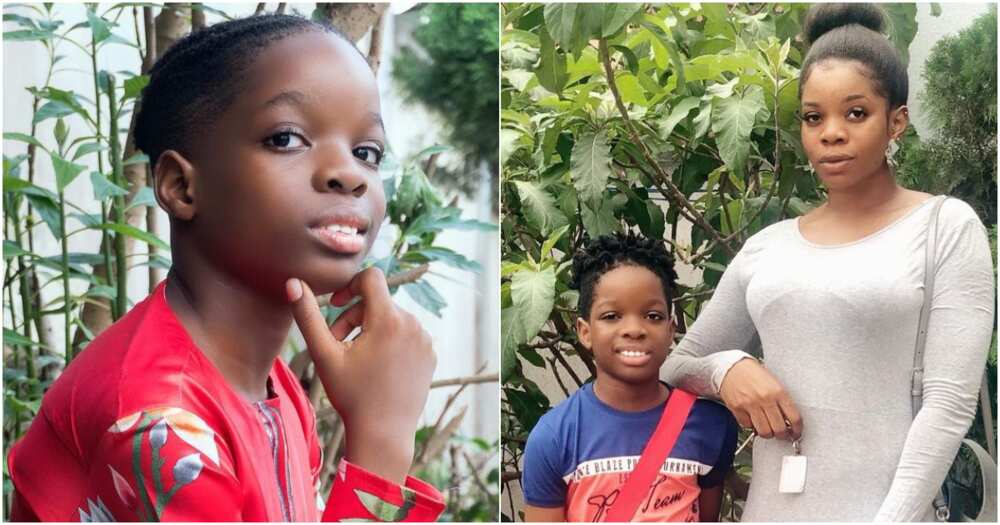 Shola then did an Instagram live on her son’s page to warn the ladies sending her son unclad photos of themselves.

According to her, if such continues, she would screenshot their pages, and the messages they send to her son and share them on social media for everyone to see.

“My son is only 9-years-old and the kind of DMs he gets from grown women is something else. Is it that men have finished in the world? It is a 9-year-old people are sending unclad photos to. Stop it because if you do not stop it, I will call you out. I will screenshot your page, screenshot your photos and post it on his stories. Since you want people to see your beautiful body, we will help you to spread the word.”

Watch her speak below:

Shola also shared some of the messages in her son’s DMs on his Instagram stories.

A few days ago, Shola shared a testimony of surviving a car accident. She shared photos of her badly damaged car.

While many empathised and thanked God for her, others were shocked that Wizkid’s baby mama was driving such a Toyota Camry car.

Reacting to the comments of such people, Shola begged them to buy her a new car.

Meet Fiokee, the guitarist who has worked with Wizkid, Davido | Bioreports