– Popular Nigerian musician has caused so much stir on Twitter after he gave the specific time his new album, Made in Lagos will be released

– After he tweeted “#MadeinLagos Tonight 11:11 pm”, comments flooded his post in their thousands

After much wait, Wizkid has finally announced the release date and time of his new album in a tweet, saying fans should expect it to drop on Thursday, October 29.

Perhaps the most interesting thing about the announcement was that he gave the exact time the album will drop at 11:11 pm. Since the announcement, he has been trending online.

As at the time of writing this report, his tweet has gathered over 55,000 retweets as many said they would be waiting for the official release.

Mixed reactions followed the announcement as some hoped that the date and time of the album will not be postponed. 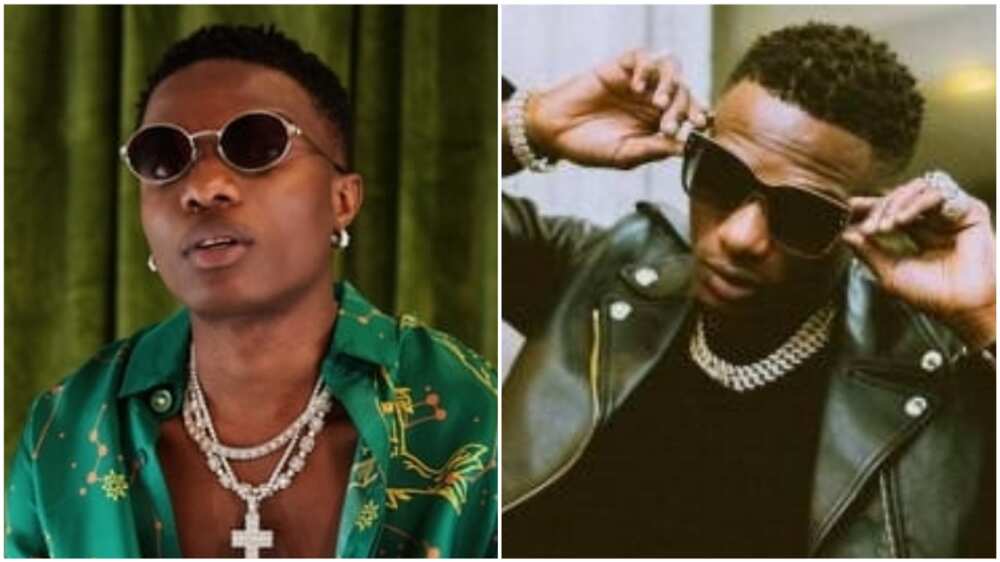 Wizkid’s fans are super excited about the official release time of Made in Lagos.
Photos sources: PAM/RCA Records
.

“Baba no carry us joke. No tracklist?”

“Wahala for who no get speaker.”

Meanwhile, Bioreports earlier reported that the musician was seen ‘dodging’ the camera at his third baby mama, Jada Pollock’s birthday bash in the UK.

It should be noted that Jada is both the Ojuelegba crooner’s manager and mother of his son, Zion. The party was a very private one with family and friends.

The clip was posted on her insta story. As the song of happy birthday rent the air and the camera panned towards Wizkid, he bent down to screen his face off the camera.