Mark Breland who was the coach of American boxer Deontay Wilder has explained that the 35-year-old could have had a brain damage during his fight against Tyson Fury.

Twelve months ago, Deontay Wilder suffered merciless defeat against Tyson Fury in a big fight in which the British boxer was at the top of his game.

One of Wilder’s coaching crew Breland had to throw the towel before Tyson Fury was crowned the winner of the big fight.

Wilder was so angry after the defeat claiming that Breland should not have thrown in the towel despite him not finding his rhythm against Tyson Fury.

According to the report on Daily Star, Breland explained that Deontay Wilder would have suffered severe consequences if he had not threw the towel.

“At that fight, just as many others, we had no cutman because Deontay won’t need it.

“So I’m not a doctor, but I know blood coming out of your ears and dazed eyes could be a brain issue.” 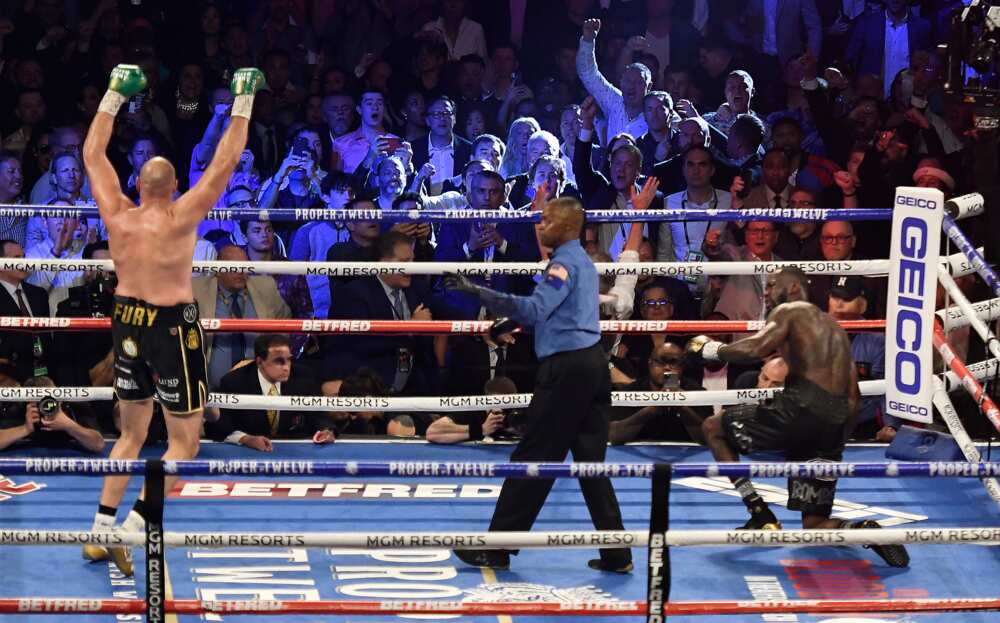 Earlier, Bioreports had reported how former WBC champion Deontay Wilder is counting on Tyson Fury to fulfill his agreement for their trilogy fight.

The American boxer suffered his first defeat in the heavyweight category after his seventh-round defeat to the Gypsy King at the MGM Grand Arena earlier this year.

Not only did he lose the only belt he has held on to since January 2015, but he was also rushed to the hospital after his camp threw in the towel.

And this is coming days after the Briton was quoted telling Wilder that he would “never get a shot” as reported.