Why we invited soldiers to Orlu, Governor Uzodimma breaks silence after meeting Buhari

– The governor made the revelation after meeting President Muhammadu Buhari at Aso Rock villa, Abuja on Tuesday

Hope Uzodinma, governor of Imo, has finally opened up on why his government invited the military personnel to Orlu community of the state.

Speaking on Tuesday, February, 23, after meeting President Muhammadu Buhari at the state house in Abuja, Uzodinma said the military invasion is to prevent a repeat of #EndSARS protests in the state.

The governor, defending the airstrike, said he did not attempt to “crush” the people of the state but to bring peace to the community and Imo state at large against ensuing bedlam, The Nation reports. 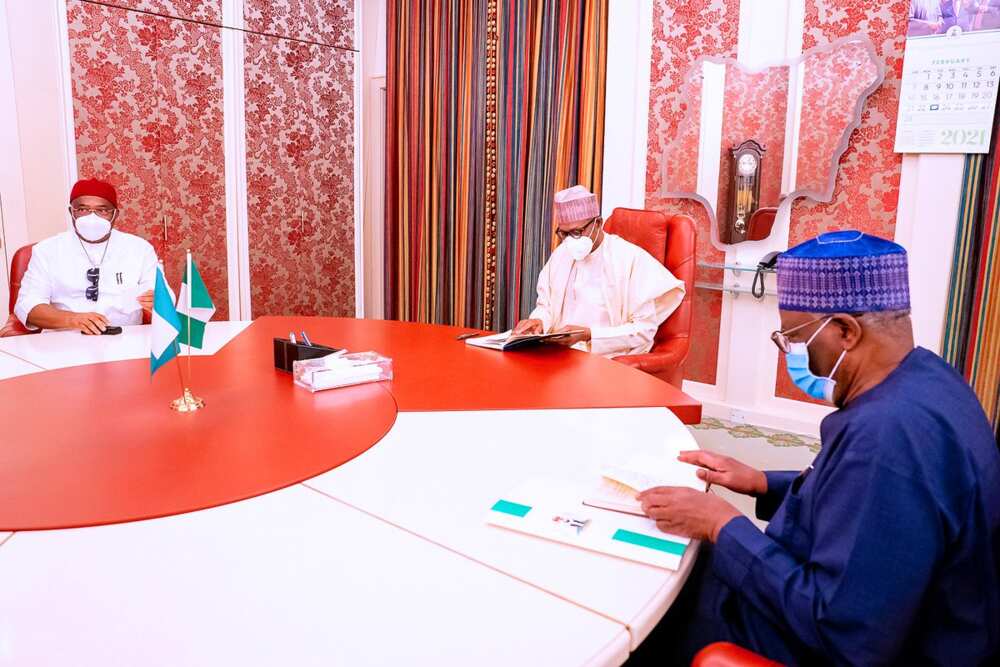 It would be recalled that soldiers were seen in Orlu on Thursday, February 18, with military choppers flying in what created a scene of fear and pandemonium.

Residents said the army bombed some places, resulting in the death of innocent citizens of the community.

One and Done: Why People Are Eager for Johnson & Johnson’s Vaccine

Earlier, the governor, speaking during a press briefing on Friday, February 19, the governor said he invited soldiers to Imo state to restore normalcy and set the affected community on the path of peace again.

Uzodinma, who spoke through the state’s attorney general Cyprain Akaolisa, said the government will no longer tolerate the activities of Indigenous People of Biafra (IPOB).

Meanwhile, Imo state government has broken silence the arrest of some church leaders following a military invasion of Orlu community by the Nigerian Army operatives.

In a statement on Sunday, February 21, the Imo state commissioner for justice said some religious leaders of Cherubim and Seraphim and Sabbath Missions were arrested for helping IPOB.

Akaolisa further explained that the members of the Nnamdi Kanu-led group were perpetrating crimes in Orlu using the white garment churches as cover for their activities.