Popular Nigerian Disc Jockey (DJ) Cuppy Otedola may be giving herself another chance at finding love again as suggested by her latest social media posts.

The much-loved DJ recently took to her official page on Twitter to inform her fans and followers on the platform that she went on a date.

Cuppy was spotted in the company of two unidentified white men one of which was her date.

According to the billionaire daughter, the date will go down in her books as one that will not be forgotten.

“This is definitely a date I’ll NEVER forget… How Romantic. LMAO.”

Apparently, the gentleman had taken Cuppy for clay shooting as a fun activity for their date. In a video shared on her Twitter page, the DJ filmed her date and an instructor having a go at the recreational activity. 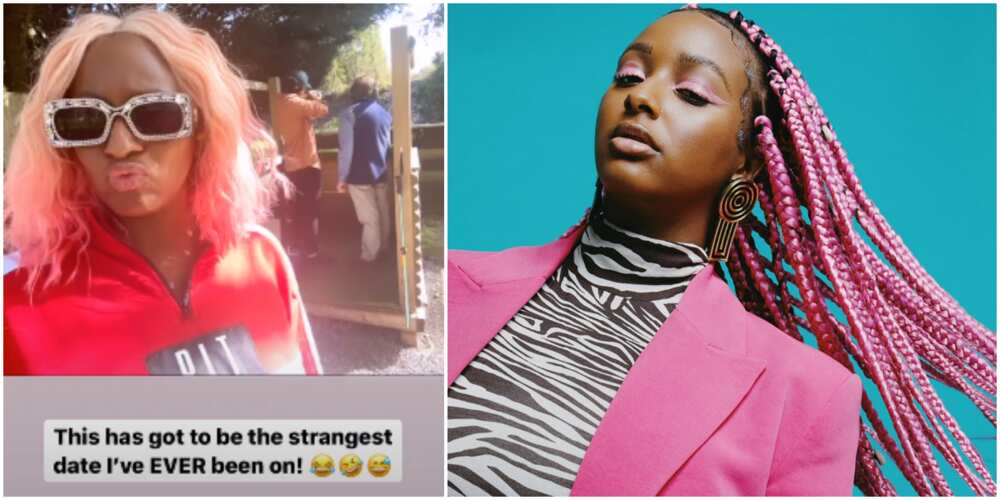 One fan who reacted to the video faulted Cuppy for recording instead of spending time with her date.

“I really don’t like it when I go out with someone and the person holds his or her phone. You should be holding his hands while he shoots. That’s how it works. Drop your phone one side focus on the date.”

Read more reactions from her fans below:

Some days ago, . reported that Cuppy and her sisters, Tolani and Temi, got the internet community buzzing after they posted photos of brand new customized Ferrari cars bought for them by billionaire father, Femi Otedola.

Shortly after sharing the pictures, Cuppy returned to tell her followers that she and sister, Tolani, are currently single at the moment and are not in a relationship.

This resulted in several male fans on the platform taking shots at the billionaire daughters and proposing to be their lovers.

A lot of Nigerian artistes did not want to work with me – Cuppy speaks on new album | .

Buhari Is Doing His Best To Fight Insecurity – Buratai