– Nwoko made this claim as he and his wife admired their baby boy, Prince Munir

Popular Nollywood actress, Regina Daniels’ husband, Ned Nwoko, recently got fans buzzing on social media after claiming that he was a handsome child.

Regina’s marriage with her husband has always been under a lot of scrutiny from people on social media especially because of the age gap between the couple.

Despite that, the duo seemed to have moved on regardless of the negative comments trailing them and it appears they now have more fans than haters. 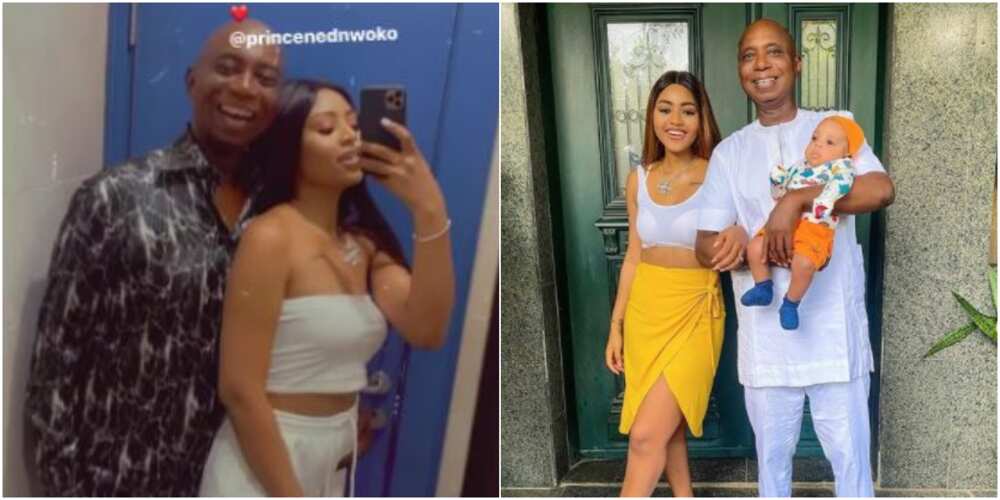 In a new video that was shared by Regina on her Instagram story, the couple was spotted admiring their cute little son, Prince Munir, and then Ned made the shocking revelation that he was just as handsome as a child.

According to him, when he was much younger, he was very good looking. He even went ahead to tell his wife to go and check his baby pictures.

As expected, Ned’s revelation got a lot of people talking. Read what some of them had to say below:

What happened now that you are grown sir you exchanged the beauty with money.

Even Adams Oshomole was good looking when he was young.

Their baby is very cute though.

At least he knows how he looks now.

But in all fairness all his children are cute.

In other related news, Bioreports reported that Ned Nwoko melted hearts after posing in a photo with his cute son.

A cute photo of the philanthropist and businessman with his son – whom he had with actress wife Regina Daniels – posing together in their home was shared on the baby’s official Instagram page.

The billionaire wore a big smile while baby Munir stared on curiously. The photo was captioned: “Big Munir Jnr munir.”

I still don't know who Paul or Peter is, na only P-square I know, Naira Marley replies Davido