What to Watch This Weekend: Our Top Binge Picks for May 30-31

The one where Friends is finally available to stream again.

If the last weekend of May 2020 had an episode title, it would be that, as HBO Max officially launched on May 27, with all 10 seasons of the iconic NBC sitcom once again available for fans to re-watch for the 12th time! (And we’ve also listed our 25 favorite episodes, should you need some recommendations.)

But if you are still on a break with Ross and Rachel, we’ve got a bunch of other recommendations for you to watch this weekend, including Steve Carell‘s new workplace comedy for Netflix, two new comedy specials and, of course, our non-Friends picks to check out on HBO Max. Yes, we’re actually watching a lot of original series that are on the brand-new streaming service.

Here are our top picks to check out this weekend, May 30-31, including the return of one of TV’s most underrated comedies… 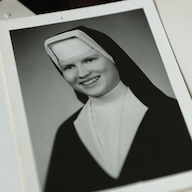 If You Have Been Going Through Friends Withdrawals: Rejoice, all 236 episodes are back on streaming, thanks to the launch of HBO Max aka the new Central Perk for the gang’s devoted fans. Though we have to wait a little longer for that highly anticipated reunion special, at least we can fall asleep to the sitcom every night again! (Where to Watch: HBO Max)

If You Still Say “That’s What She Said” on a Daily Basis: He’s ba-aack. Sure, Steve Carell starred in The Morning Show on Apple TV+, but beloved star is returning to a workplace comedy format in Space Force, which he co-created with The Office‘s Greg Daniels.

While Jim, Pam, Dwight and the rest of the Dunder Mifflin aren’t working alongside Carell’s Mark Naird, a four-star general who ends up in charge of an new branch of the military (Space Force), the cast is stacked: Lisa Kudrow,  John Malkovich, Ben Schwartz, Jimmy O. Yang, and Noah Emmerich also star. So what are you waiting for, someone to say “lift off”? That’s what she said. (Where to Watch: Netflix)

If You Are Looking For a Way to Distract Your Kids For a Bit Without Feeling Guilty: Elmo to the rescue! The iconic Sesame Street character is the latest star to enter the late night arena with The Not Too Late Show with Elmo, with episodes running just 15 minutes and featuring celeb guests like Kacey Musgraves, Blake Lively, Ciara and the Jonas Brothers. Plus, Elmo’s crew includes some familiar Sesame Street faces. Watch out, Colbert and Fallon! (Where to Watch: HBO Max) 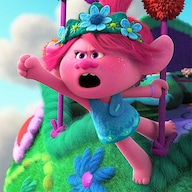 If You’ve Been Harboring a Crush on Ramy Youssef Since the Golden Globes: Well, prepare for your crush to come back in full-force as the second season of Ramy is finally here with two-time Oscar winner Mahershala Ali joining the cast as Ramy’s Sheikh. Apologies to Fleabag’s Hot Priest, but it’s not you, it’s not us, it’s Ali’s Hot Sheikh! How lucky are we to be streaming right now? (Where to Watch: Hulu)

If You Just Need to Laugh or Two: We’ve got two comedy specials sure to give you a belly ache from how much they’ll have you laughing. First, Hannah Gadsby is following up her Emmy-winning special Nanette with Douglas, which officially proves the Aussie star is no one-hit-comedy-special-wonder.  (Where to Watch: Netflix)

Also, available on Netflix is Patton Oswalt’s latest special I Love Everything, which is ironic because we love everything about it. It’s the comfort food you’ve been craving in comedy form. (Where to Watch: Netflix)

If You Want to Strike a Pose: “The ballroom community is for everyone. Ballroom is here.” Come on, vogue. No really, get ready for the new reality competition series that is set to become the next pop culture obsession. Bringing attention to modern day ball culture, Legendary finds eight teams, called Houses, battling it out in fashion and dance challenges…voguing including, of course. Let the best house win…b–ch! (Where to Watch: HBO Max) 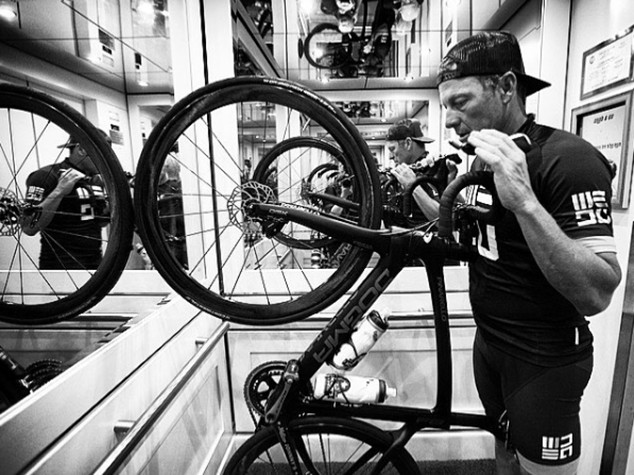 If You’ve Been Seeing that “F–k You” Clip of Lance Armstrong Making the Rounds: Missing The Last Dance? Samesies. But ESPN smartly decided to air some of its 30 for 30 films in the Sunday night time-slot the Michael Jordan docu-series aired in, beginning with the Lance. Part one aired on May 24, with the opening scene of the controversial cyclist’s expletive-filled rant going viral, and part two is set to air this Sunday.

Armstrong proves to be a complex central figure, with his former teammates and friends weighing in on his talent, his ego and his fall from grace, and viewers getting to see the man behind the headlines…or at least the version he’s trying to portray. (Where to Watch: ESPN+)

If You Want to Start Preparing to Say Goodbye: Everywhere you look, everywhere you go…there’s a show to say goodbye to you. After five seasons, Fuller House is closing its San Francisco door, with DJ and Stephanie Tanner once again saying goodbye. The final batch of episodes drops on June 2, so why not spend some time catching up on all the shenanigans going down in the Tanner house? Like cotton candy, the episodes go down quick and easy. Sometimes fluff is exactly what you need. (Where to Watch: Netflix)

Affordable Ways to Bump up Your Summer Maternity Look