What I was accused of became my fate: Rosy Meurer explains marriage to Olakunle Churchill for umpteenth time

– Nollywood actress, Rosy Meurer, has taken to social media for the umpteenth time to defend her marriage to Olakunle Churchill

– Rosy cleared the air on some things including talks that she was Churchill’s PA and best friends with Tonto, she said the claims were false

– Speaking further, Meurer said that what she was accused of later became her fate after Churchill became more than a brother to her

Rosy had been dragged from all angles by people who referred to her as an husband snatcher and it led to her explaining her marriage to Churchill on different occasions.

In one of her latest attempts to explain the situation, the young lady addressed some claims that had been making the rounds. 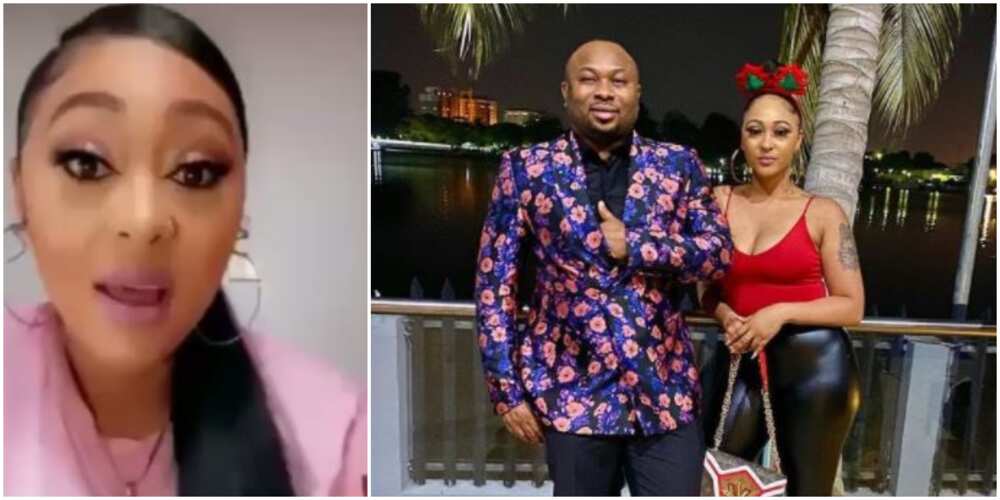 Rosy said that Churchill had always been like a brother to her but they were never related by blood. She added that she was never attracted to him but she could not say the same thing about his feelings for her.

According to her, the relationship she was in at the time of his marriage crises also went sour due to talks on social media at the time that she was dating Churchill.

Speaking further, the actress said that she had always known Churchill and they could have dated instead of her to wait for him to get married then start hiding.

Rosy said that during his marriage, Churchill was still there for her family and she was only around him a lot because of his business because she was learning the ropes.

She said that he was devastated and broken after his divorce and she saw no need to abandon him because people were talking.

Rosy said that time passed and life happened because he eventually became more than a brother but instead a life partner to her. She added that what she was accused of became her reality and fate.

Just recently, Bioreports reported that Rosy Meurer took to social media to show off her ring after the news of her marriage to Olakunle Churchill became common knowledge.

The movie star shared a video of herself singing and accompanied it with a caption where she said that she could do whatever she wanted. Taking things a step further, she also flaunted what looked like an engagement ring.