Weeks after Yinka Ayefele stood on his feet, this paralysed woman walk for the first time ever (see video)

– With the power of a tech-empowered suit called HAL, a Japenese woman, Mitsuko Nagashio, was able to walk

– Before then, the woman had always needed a wheelchair to move around since she got polio at a young age

A paralysed woman, Mitsuko Nagashio, in Japan has been able to walk with the help of the world’s first robotic exoskeleton.

BBC reports that she suffered from polio since when she was a child, a situation that has left her in a wheelchair for a very long time until recently.

This development is coming weeks after Nigerian gospel musician, Yinka Ayefele, walked with the help of a highly-sophisticated machine which was given to him by a good friend he identified as Hon. Oludare Akande.

With the power of a Hybrid Assisted Limbs (HAL) suit in a video shown by the BBC, she was able to take her first-ever steps. The robotic relies on the electrical signals the brain sends whenever one wants to move any part of the body.

In a situation where one is paralysed and cannot move an arm or a leg, the HAL still reads those signals to process movements.

It should be noted that lower limb disabilities are most times caused when there is a strong disconnect between the signs of the brain to that part of the body.

Around the world, HAL is employed to treat spinal cord injuries in motor disabilities. Yoshiyuki Sankai, the suit inventor, said that: 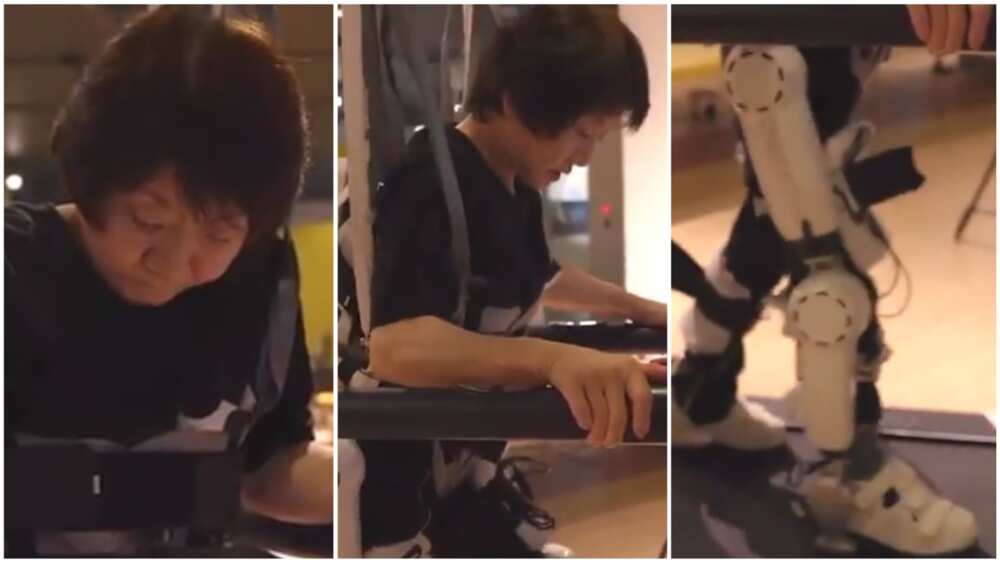 Below are some of the reactions to the video:

Meanwhile, Bioreports earlier reported that Gbolahan Ayo Sasona is a Nigerian doctor, who makes artificial limbs for his patients in the country and the US.

In a video, the doctor shows the processes that go into producing befitting artificial limbs for his patients.

He makes the mold for the prosthetic device before he melts it in an infra-red oven. The melted plastic is wrapped around the mold and left to dry for about eight hours. When it cools, it is removed from the mold and polished with a grinder.

Here is the team picked by Bookies to win 2020/21 EPL title among Liverpool, Man City and Arsenal