3 minutes ago by
Joseph Omotayo

– In the clip, the court staff can be seen all dressed up in their black robes and wigs

Cape Town High Court staff have made South Africa and President Cyril Ramaphosa truly proud. This after a clip of the group dancing along to Master KG and Nomcebo’s hit song Jerusalema was shared online.

The South African Presidency took to their Twitter page to show off the talented crew’s brilliant dance skills. This after President Cyril called on SA to take part in the challenge that has gone viral across the globe.

The video also comes just in time for Heritage month, which South Africans have been celebrating by sharing videos of themselves doing the dance and also pictures of themselves dressed up beautifully in their traditional clothes.

Twitter users who got to see the dance first hand, shared their thoughts below the post which was captioned, “WATCH: The Cape Town High Court takes up the #JerusalemaChallenge #HeritageDay2020 #JerusalemaDanceChallenge #MyHeritageYourHeritage”

Here are some of their comments:

“All I see is black women excellence.”

“After the sleepless nights of hard work and sacrifices. You guys did it the hard way. Respect!!! You guys deserve this moment and more.”

While @Gio_Capitano had this to say:

“Awesome, so nice to smile for a change while being on social media instead of cringing by the news we read!” 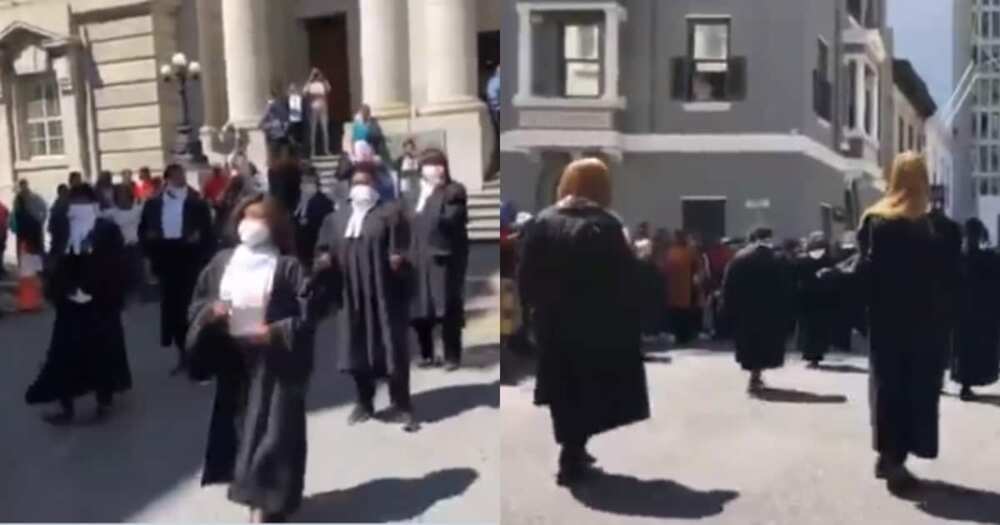 Meanwhile, Bioreports earlier reported that a video of firefighters in Portugal doing the #JerusalemaChallenge made it’s way to the #ImStaying Facebook group.

Three firefighters in full uniform can be seen getting down to Master KGs hit song. The video has 1,500 reactions and 738000 views since it was posted to the group.

This international hit is putting smiles on South Africans’ faces as the pride of its dance moves are going global. Stayers have shared the video 173 times so far and the comments keep coming in.