– The goal was Ronaldo’s first under new manager Andrea Pirlo

– Further goals from Merih Demiral in the 56th minute, Marko Pjaca in the 66th minute and a brace late on by Manolo Portanova completed the rout for Juventus

Cristiano Ronaldo picked up from where he stopped during the week as he finished up a nice team move to score his first goal under Andrea Pirlo’s era in Juventus 5-0 win against Novara.

Ronaldo who scored his 100th and 101st goals for Portugal last week, opened the scoring for Juventus in the 20th minute after he was nicely set up by new recruit Kulusevski.

The first half ended 1-0 in favour of Juventus thanks to Ronaldo’s brilliant finish.

Juventus started the second half with a lot of fresh legs as the likes of Ronaldo and Kulusevski were taken off.

Pirlo’s men went on to score four more goals in the second half thanks to strikes from Merih Demiral in the 56th minute, Marko Pjaca in the 66th minute before a brace late on by Manolo Portanova completed the rout.

This was Ronaldo’s first game under new manager Andrea Pirlo who replaced Maurizio Sarri at the end of last season.

Juventus will hope to maintain their good form ahead of their Serie A opener against Sampdoria on September 20. 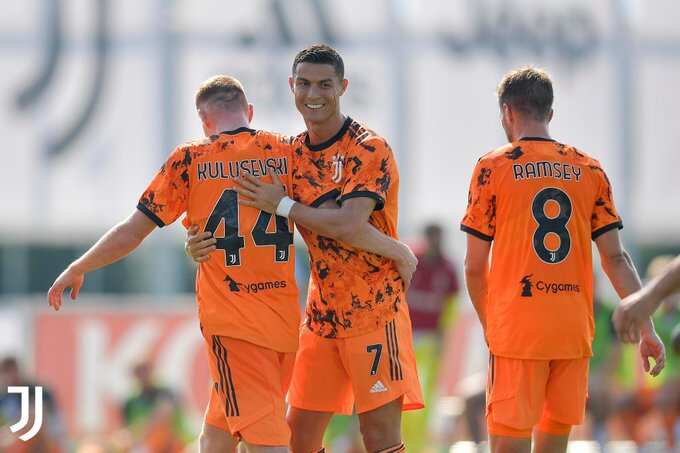 Earlier, Bioreports reported that Cristiano Ronaldo’s brilliant free-kick against Sweden for his 100th goal in the colours of Portugal did not come as a surprise to his teammate Bruno Fernandes.

According to the Man United midfielder, Ronaldo had scored seven free-kicks in training before the game, and so it was only normal for him to score one against Sweden.

Speaking after the game against Sweden, Fernandes said: “Before the game, he scored six or seven (free kicks) like that in training and today it went exactly the same way.

“It’s so good to have Cristiano on the team.”

Ronaldo became the second player in history to score over a century international goals as his brace against Sweden took his tally to 101 goals for Portugal.

Iran legend Ali Daei owns the record for the most international goals as he has 109 strikes to his name, a record Ronaldo will want to beat.

Five most common phishing attacks and how not to fall victim

Our Reporter These two keywords ‘Fraud’ and ‘Phishing’ have become very common at this time due to the rise in...