– Senator Dino Melaye has expressed gratitude to the youths, women and security agents in his community in Kogi state for preventing an attack on his house

– In a video the former lawmaker shared on Twitter, those that prevented the attack could be seen surrounding the house in Aiyetoro Gbede

– Melaye, who previously represented Kogi West senatorial district in the Senate, said the indigenes quickly moved to his house to forestall the attack after sighting the hoodlums in 15 buses

The former lawmaker representing Kogi West senatorial district in the Senate, Dino Melaye, has said youths and women in his community prevented hoodlums from attacking his house in the state.

Senator Melaye made the disclosure on Twitter and shared a video of the house in Aiyetoro Gbede being surrounded by security agents and some youths of the community. 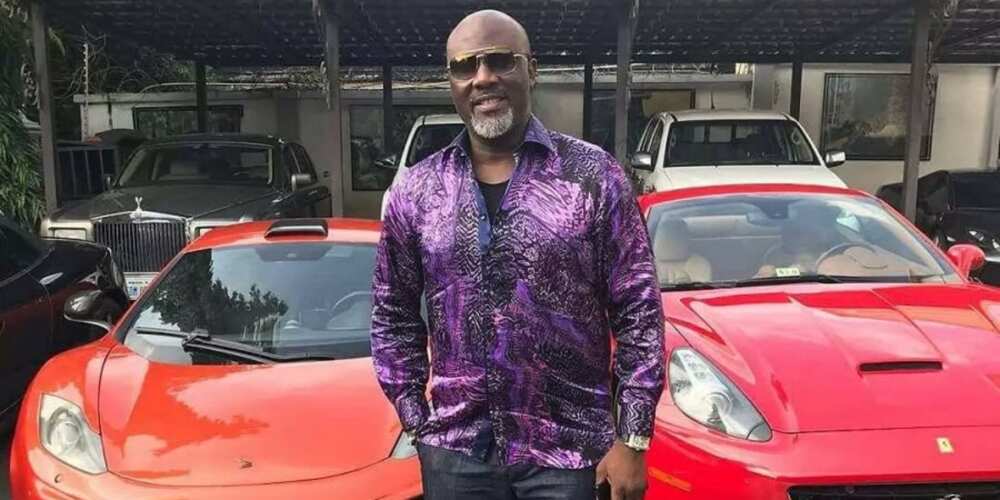 Senator Dino Melaye has expressed gratitude to those that prevented hoodlums from attacking his house in Kogi state.
Photo credit: The Whistler NG
.

“Community efforts stop hoodlums from attacking my house in Aiyetoro Gbede. I thank Okun Youths and Women. Security Agencies did well too. Above all I thank God Almighty. SDM.”

He said the indigenes spotted the thugs with arms at Obajana junction in 15 buses ready to vandalize his property and quickly moved in to prevent them from attacking the house.

In other news, in total defiance of the curfew imposed by the Plateau state government, some hoodlums on Sunday, October 25, broke into the house of a former speaker of the House of Representatives, Yakubu Dogara, in search of palliatives.

The miscreants also invaded the warehouse of Plateau Agricultural Development Programme (PADP) where they stole fertiliser, pumping machines and other agriculture implements.

The thugs who attacked Dogara’s house also attacked his brother before carting away valuables in the building and molested some other occupants.

By Okodili Ndidi, Abuja The Defence Headquarters, Thursday, appealed to Nigerians, especially those living in the Northern parts of the...