– While professing love for his mother, the little boy said he loves her the most in the whole wide world

A little boy has gone viral on social media after crying when his mum told him she can’t marry him because she is her mother.

In the video, the adorable little boy could be seen professing love for his mother, saying he loves her the most in the whole wide world.

Reacting, the mum said she loves him more but she cannot marry him because she is her mother, adding that he doesn’t understand how marriage works. 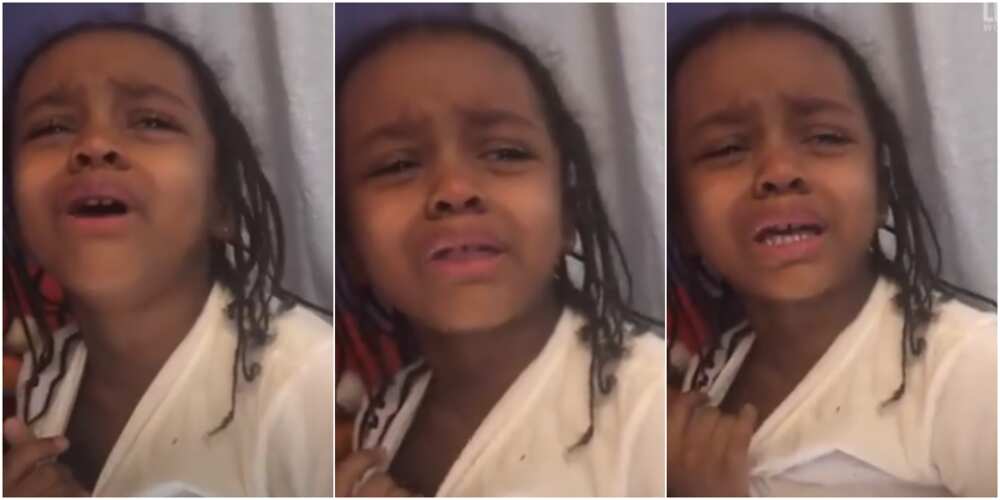 The boy said he loves her mother the most in the whole wide world.
Photo credit: @lightworkers
Source: Instagram

The mum said she would have his grandmother explain the concept of marriage to him.

“My heart is breaking with his precious little heart.”

“My son did the same thing, he says daddy, him, and I are married as a family, he cried so hard when I said he would find someone to marry when he grows up and moves away. He says he never wants to move away from momma lol.”

“Poor baby. This makes me so sad. Please don’t break their hearts like this. This is a time for one of those little white lies.”

“This is so sweet , my boy used to say the same to me, and I would just say YES ! he could marry me a thousand times. Eventually they grow up and realize they CANNOT! Moms please don’t break their hearts like this, in their mind it means a totally different thing they’re super innocent and pure. It just means they never want to depart from you. Play along.”

In a previous report by Bioreports, a boy learnt at a very young age that sometimes love hurts. We don’t always find our Mr or Mrs Right the first time.

One young man was filmed by his mum detailing how his bae broke his heart. In the video, which was shared online by social media user @aypee_madicks, the boy revealed he was dumped for someone else.

He told his mum:

“Mum, you see that girl that I used to love. She broke up with me. She likes the new boy now,” he told his mama.”