A man has been swindled of a huge sum of money after he was sold a fake phone in place of a real one by a fraudster in what is believed to be in Circle.

The video sighted by Bioreports showed two men engaging in a transaction outside what looked like an office building.

The man who appeared to be looking for a phone to buy had already inspected the device and placed it in his pocket. 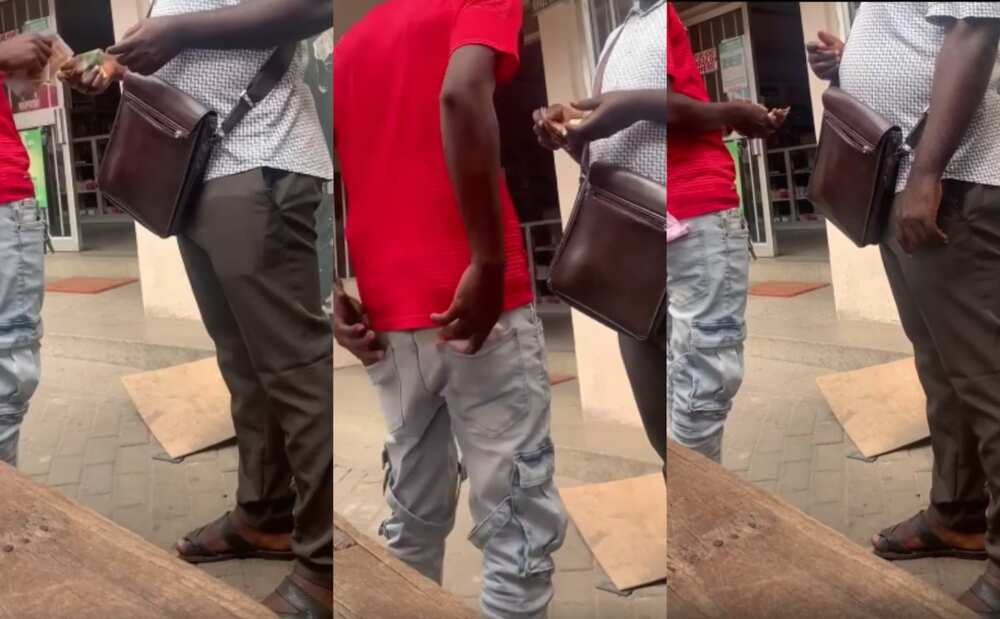 The seller then was still trying to get a good price for the device and was waiting for the buyer to pay something appreciable.

After getting the man to part with some money, the seller took the phone out of the pocket of the buyer to check something.

It then appeared like the seller was changing his mind over the sale and tried convincing the buyer to pay more for the device.

The seller quickly but expertly swapped the phones and replaced it with something else which looked just like the phone.

The seller then hurriedly gave the fake phone to the man buying it, took the money and quickly left the scene of the sale.

In similar news, a young Nigerian man fell victim of a scam at Computer Village in Ikeja area of Lagos where he had gone to get a phone.

In a video already making the rounds on social media, a man could be seen asking the victim where he bought the iPhone, which he described as Vitamin C pro max.

Street Gist: How do you handle a spouse that steals from you? | Bioreports