A lady is being defended on Twitter after a video of her stuffing food into her top was uploaded on the social media platform. The video was uploaded by popular Twitter user, Daniel Marven.

In the video, the lady could be seen placing food into a plastic packet. Once the packet was filled to her desire, she stuffed it into her top. The 18-second clip has left South African tweeps confused and in stitches.

“Don’t this gender eat first before going to the groove.”

The video has generated a lot of reactions. 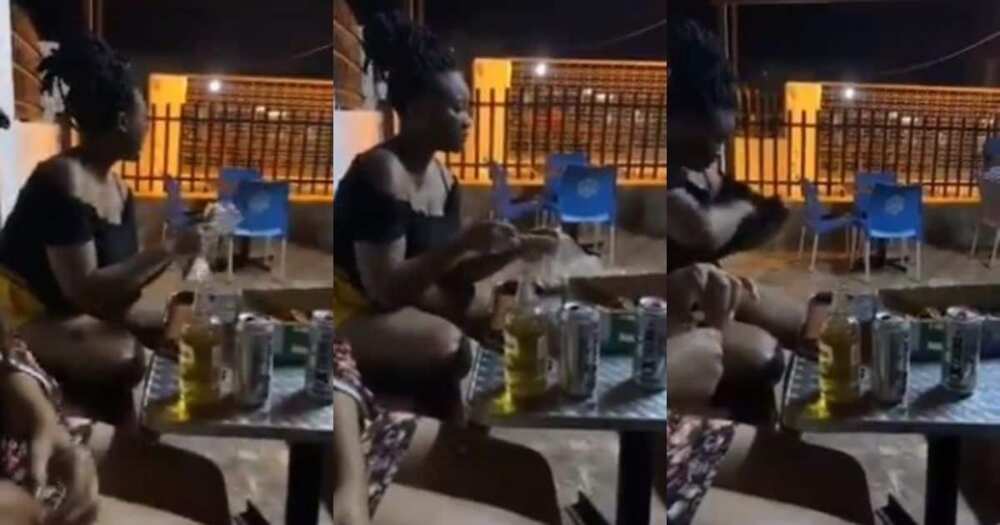 A video of this lady stuffing food into her top at a party has gone viral.
Source: @danielmarven/Twitter
.

Here are some reactions from Saffa tweeps:

“Maybe she is saving up for those she left at home who are hungry. I’ll never know hey.”

“If you look deep into this. You might be surprised how things at home are. A mother who cares about her kids will do anything. She might be hiding that meat for her baby at home.”

“The struggle is real bro.”

In other news, an African lady was filmed in a foreign restaurant as she was unable to use the cutlery set to eat and chose to switch to her hand instead.

Over the completely hilarious footage, thousands of social media users could not help but pour out their reactions.

Nigerians will die of hunger than COVID-19 | Bioreports