Usman reveals plans to move up to UFC middleweight division, talks about possible clash with Adesanya

Kamaru Usman has revealed that he will only move up to the middleweight division if champion Israel Adesanya is no longer in that weight class.

The Nigerian nightmare extended his unbeaten run to 13 breaking Georges St Pierre’s consecutive welterweight victories and a record of wins in the UFC roaster. 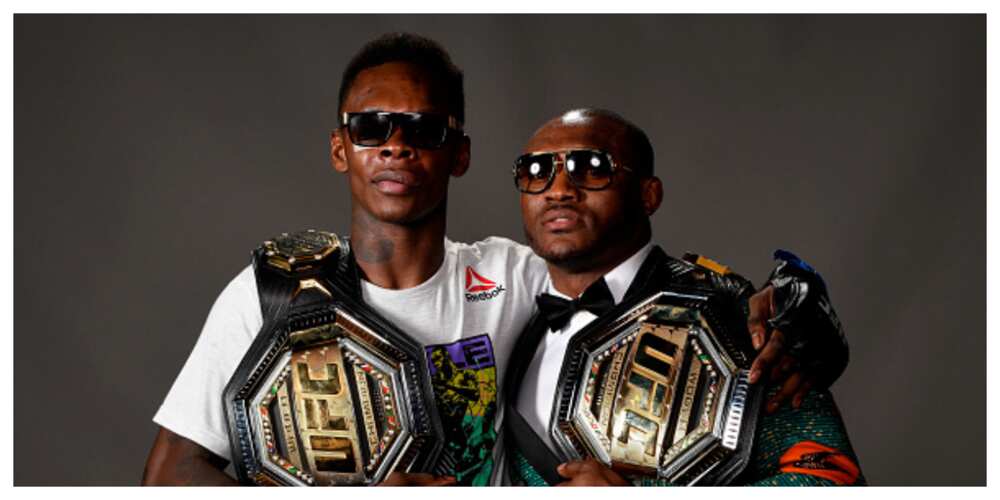 And the 33-year-old has stated clearly that he would prefer two Africans to hold UFC belts than step into the octagon with fellow compatriot Adesanya.

“Absolutely, absolutely. If Izzy’s willing to move up – well he is moving up, but if he’s willing to give up that 185 belt and says “I have nothing to do with that anymore”, then absolutely I would entertain that thought.”

“On no account right now would I ever entertain going up to fight Izzy. That’s just not something that I’m interested in.

“I’ve stated over and over before, I’d rather two Africans with belts as opposed to one African with two belts.

“After March, it’s going to be three Africans with four belts. It’s a good time to be an African.”

Usman and Adesanya are regarded as two of the most dominant champions in the UFC currently and the Last Style Bender is ser to challenge lightweight champion Jan Blachowicz.

Meanwhile, Bioreports had earlier reported that Nigerian nightmare, Kamaru Usman had to put a press conference on hold to speak with his parents on the phone shortly after successfully defending his title in UFC258.

But it took the Nigerian nightmare a sensational comeback after Burns began the first round on a front foot.