Reports have emerged of how the outgoing President of the United States Donald J. Trump is planning on constructing a Presidential library that will cost around N792 billion.

Though no official announcement from the White House backs this report, the Washington Post believes the proposed edifice will be situated in his Mar-a-Lago resort, in Florida. 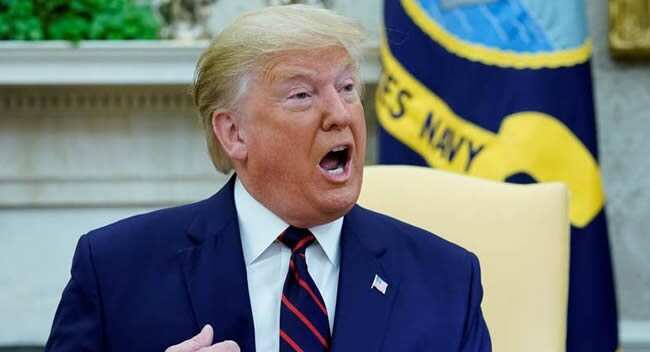 Washington Post claimed that the proposed N792bn-gulping presidential library will deliberately be situated in Trump’s Florida resort to serve as the base to launch the political careers of his children Ivanka Trump and Donald Trump Jr.

It went on to say that the president who is of firm belief that the required sum will be raised with trinkets of contribution and donations from supporters in his political base is considering appointing White House deputy chief of staff and social media director Dan Scavino to lead this charge, the fund-raising exercise.

Interestingly, the money needed to fund Trump’s Presidential library far eclipses that of former President George Bush and Barack Obama as Bush raised a little above N198 billion for his Dallas Presidential Center, of which Obama’s in Chicago is expected to be in that region as well.

But Trump’s ambition will look to be a tall one as the January 6 Capitol riots that claimed over 4 persons meant that he lost some Grand Old Party (GOP) loyalists and this may spell doom for his library fund-raising campaign.

This is captured in a statement a Trump fundraiser made to the Washington Post. He said:

“I thought to myself, what is this alternative fantasy life you’re living?

“I have no clue where they think they’ll get this money raised. Anyone who gives to him will be radioactive.”

Meanwhile, Bioreports had earlier reported the reaction of Nigeria’s former aviation minister Femi Fani Kayode to Trump’s conduct and those who oppose Trump.

He said: “He may not be a nice guy, I may not like him. But whatever character he possessed, was under serious assault by the media for 4 good years. They controlled what aspect of Trump’s character was available to the public.”