– A popular American university lecturer, Cornel West, has been praised by many of his former students for being a lively person

– Sharing his dancing video on Twitter, many people wondered why the man is still yet to get to a tenure

A Harvard University professor, Cornel West, has become very famous on Twitter after the video of him dancing surfaced on the platform.

The clip was tweeted out by different handles who attested to the man’s lively and free spirit. A tweep, @dereckapurnell, said that the man “is the most brilliant and remarkable professor” he knows.

He said the man balances life and work well. In response, another person, Richardo Williams, shared a video of the professor showing off his cool moves.

Many people, however, said that the man should not be struggling with getting permanent employment with his social and academic skills.

The clip which has been watched thousands of times had many comments. Bioreports compiled some of the reactions below:

“Can enlightened minds explain to me why a treasured resource like Brother C West is not at a historically black institution at this stage in his career but is still struggling w degrading tenure issues at the bastions of you-know-what?”

“Professor West can have an endowed chair at any number of prestigious universities where his genius will be receive the respect it deserves. He doesn’t have to suffer any humiliations.” 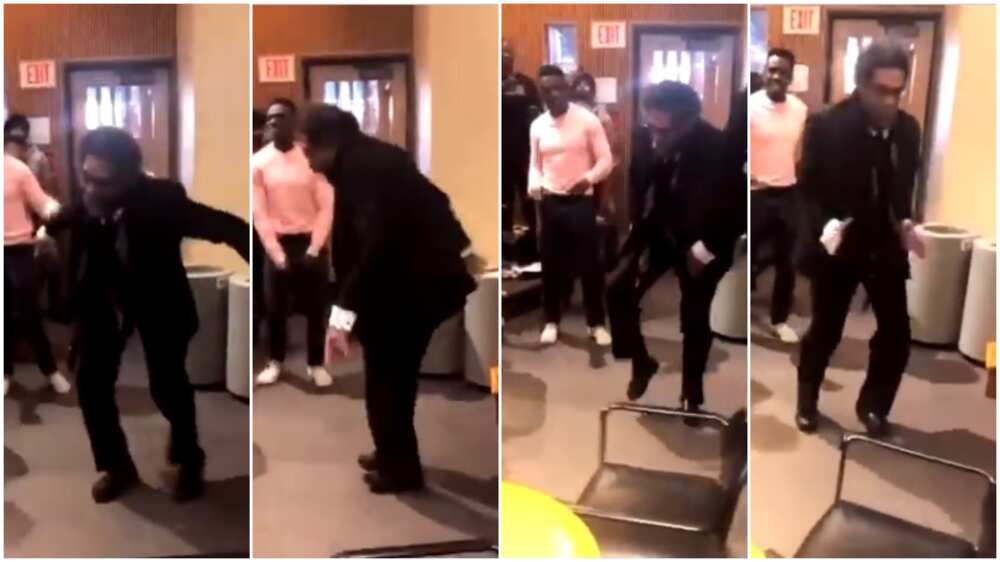 “I remember reading his book “Race Matters” and a friend of mine I recently met in ATL was like Oh my professor Dr. West! She was attending Princeton. I so admired her more thereafter.”

As the man danced to a Yoruba song, other white men, possibly his friends and family, jumped behind as they tried hard to follow the rhythm of the drum.

It should, however, be noted that at the time of writing this report, Bioreports cannot independently verify where the event took place.

Don’t play with my family: MC Oluomo’s son celebrates sister as she passes nursing board exams