The Weekly | A Mexican Police Chief’s…

Democratic Rivals Are Fighting Over Obama. He…

Opinion | My Daughter Passes for White

Opinion | Michael Bloomberg and the Long…

He Drove Her to the Hospital. She… 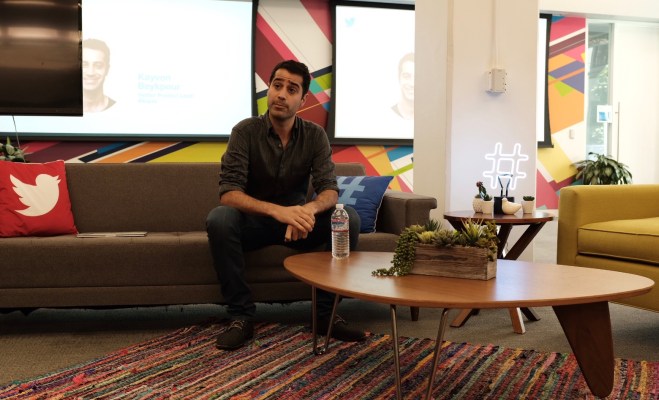 You may soon be able to organize Twitter’s web of hashtags and handles in a smarter way — that is, if the company can pull off its ambitious new rethinking of the app’s timelines.

The company isn’t getting rid of the process of following users, but at a press event in SF, company execs announced they are planning to push users to start following “topics” that bring in well-engaged tweets from a variety of accounts that the user might not necessarily follow. Twitter is currently testing the feature on Android with topics focused around sports, “from MMA to Formula 1” to specific professional franchises.

The company plans to greatly expand the scope of these topics so that fans will be able to have timelines devoted to BTS and skincare routines. The feature is focused on helping users find new accounts and communities into which they can dive deeper.

The company is curating the overall topics manually, but Twitter will be relying on machine learning to intelligently populate the topics themselves so that the tweets can stay up to date. The company is also testing the ability to not only follow topics in your central timeline, but create your own secondary timelines into which you can bring multiple topics, accounts and hashtags.

A feature that Twitter says it is also starting to experiment with is the ability to temporarily unfollow a topic so you can keep certain tweets out of your timeline, like tweets chronicling an ongoing finale of a TV show or a football game. You can currently mute specific words and accounts indefinitely or for a finite amount of time.

Axios’ Dan Primack on ‘the most polarizing startup that exists’

Democratic Rivals Are Fighting Over Obama. He Has Some Opinions.

Opinion | My Daughter Passes for White