– According to Steve, the old man should be allowed to enjoy his retirement, adding that Latonya and her fiance should take care of their own wedding

A 51-year-old woman appeared on Steve Harvey’s show and told the TV personality that she wanted her father to support her third wedding financially.

The lady identified as Latonya said her father supported her first wedding financially and she would want him to do the same for the third one.

She asked Steve to mention a reasonable amount he felt would be appropriate for her dad to support the wedding with. 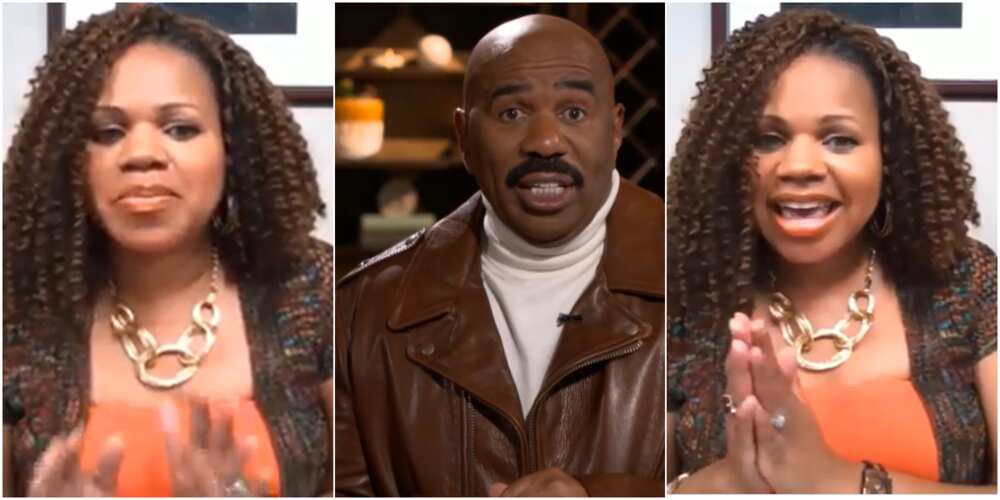 In response, Steve said the father does not need to support her with a dime. He added that since the old man had already supported her first wedding financially, the lady and her fiance should take care of their own wedding themselves.

In the video, the lady actually went on her knee as a man would normally do to a lady.

The two have been long time lovers but were yet to take their relationship to the next level by tying the knot.

See how this baby ‘defeated’ this adult in a dance competition, social media users react (video)

Kaduna, Lagos, four others account for 84% of positive cases in one week