Tuchel set to name strong side in Chelsea’s trip to Southampton, aims for 5th EPL win in a row

– Chelsea will travel to St, Mary’s to take on Southampton in a crunch Premier League tie

Chelsea are on the verge of making it five straight Premier League victories when they take on Southampton at St, Mary’s, Sports Mole.

Thomas Tuchel remains unbeaten since his arrival at Stamford Bridge at he faces a stern test against the Saints.

A win would see the Blues rise to fourth position on the league standings and Tuchel is taking no chances in selecting a strong squad for the contest. 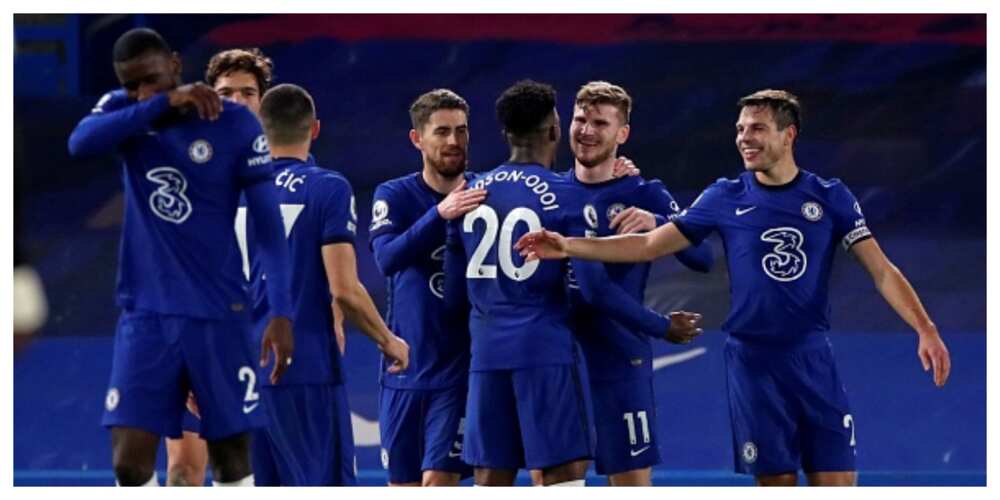 Tammy Abraham’s injury against Newcastle could pave way for Olivier Giroud as Timo Werner and Mason Mount could complete the front three following a calf injury to Christian Pulisic.

In the middle of the park, Jorginho and Mateo Kovacic could be given the opportunities to start while N’Golo Kante will complete the midfield trio.

At the heart of the defence, Andreas Christensen could replace Thiago Silva who will be reserved for their upcoming Champions League contest against Atletico Madrid.

Antonio Rudiger and captain Cesare Azpilicueta will complete the back three to act as cover-up for the wing-backs.

Callum Hudson-Odoi and Marcos Alonso are likely to feature as the wing-backs once again while Reece James and Ben Chilwell will be potentially saved for the midweek clash with Atletico.

Kepa Arrizabalaga was handed a rare start in the win over Newcastle but Edouard Mendy should return to the squad to retain his number one role.

Meanwhile, Bioreports had earlier reported that Chelsea gaffer Thomas Tuchel has explained that the Stamford Bridge landlords have not made any decision on the future of French striker Olivier Giroud who is approaching the last months of his contract at the London side.

So far this season in the Premier League, Olivier Giroud has scored 10 goals for Chelsea and the Frenchman is wanted by many clubs in Europe.

Since becoming the coach of the Blues, Thomas Tuchel been able to get some impressive result with the Premier League giants.

Don’t play with my family: MC Oluomo’s son celebrates sister as she passes nursing board exams

Don't play with my family: MC Oluomo's son celebrates sister as she passes nursing board exams