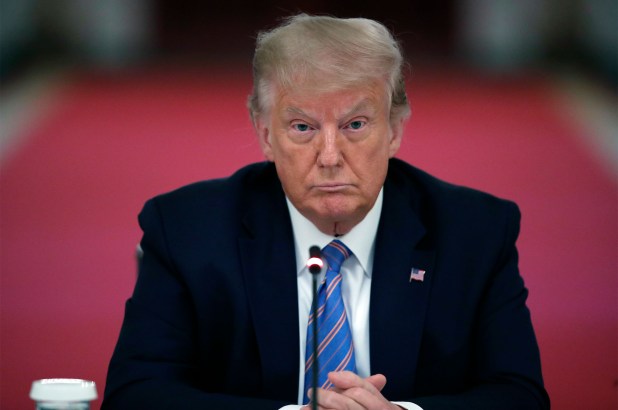 “Good luck to Biden in dealing with President Putin—don’t fall asleep during the meeting, and please give him my warmest regards!” Trump said in an emailed statement.

His snarky well-wishes to Biden follow the president’s meeting Thursday with UK Prime Minister Boris Johnson. The leaders showered each other with compliments and Biden even gave Johnson a new bicycle.

Biden will meet Putin on Wednesday in Geneva, Switzerland, after meeting Queen Elizabeth II this weekend at Windsor Castle and then attending a NATO summit in Belgium.

It’s not yet clear if Biden and Putin will hold a joint press conference in Geneva. Trump was forced into damage control after a 2018 press conference in Finland with Putin, at which he appeared to accept Putin’s denial that Russia hacked Democrats in 2016.

Trump said in his new statement that “[a]s President, I had a great and very productive meeting in Helsinki, Finland, with President Putin of Russia. Despite the belated Fake News portrayal of the meeting, the United States won much, including the respect of President Putin and Russia.”

Trump continued that the FBI’s Russia investigation, which fruitlessly investigated him for possibly colluding with Russia, was to blame for impeding his foreign policy.

He added: “As to who do I trust, they asked, Russia or our ‘Intelligence’ from the Obama era, meaning people like Comey, McCabe, the two lovers, Brennan, Clapper, and numerous other sleezebags, or Russia, the answer, after all that has been found out and written, should be obvious. Our government has rarely had such lowlifes as these working for it.”