Carlo Ancelotti who is the manager of Premier League side Everton is reportedly preparing to offload Nigerian star Alex Iwobi, Theo Walcott, Moise Kean and Bernard this summer.

This new development came after the club’s impressive start to the new season beating Jose Mourinho and his wards in first game.

Everton new signings impressed Carlo Ancelotti who is now planning to sell some players before the end of the transfer window.

Sandro Ramirez, Yannick Bolasie and Mo Besic have all returned from loans last season and will be offloaded should there be any interest which is not guaranteed.

The same applies to defender Matthew Pennington while Beni Baningime could be loaned out to gain more first team experience.

Alex Iwobi was not listed in the squad that faced Tottenham in the first match due to the signings of James Rodriguez, Allan and Abdoulaye Dacoure.

According to Daily Mirror, the Nigerian is now on the verge of being sold this summer so that he can get regular games elsewhere.

Meanwhile, Everton are currently occupying eight position on the Premier League table with three points and they will face Salford on Wednesday night, September 16, in the EPL Cup. 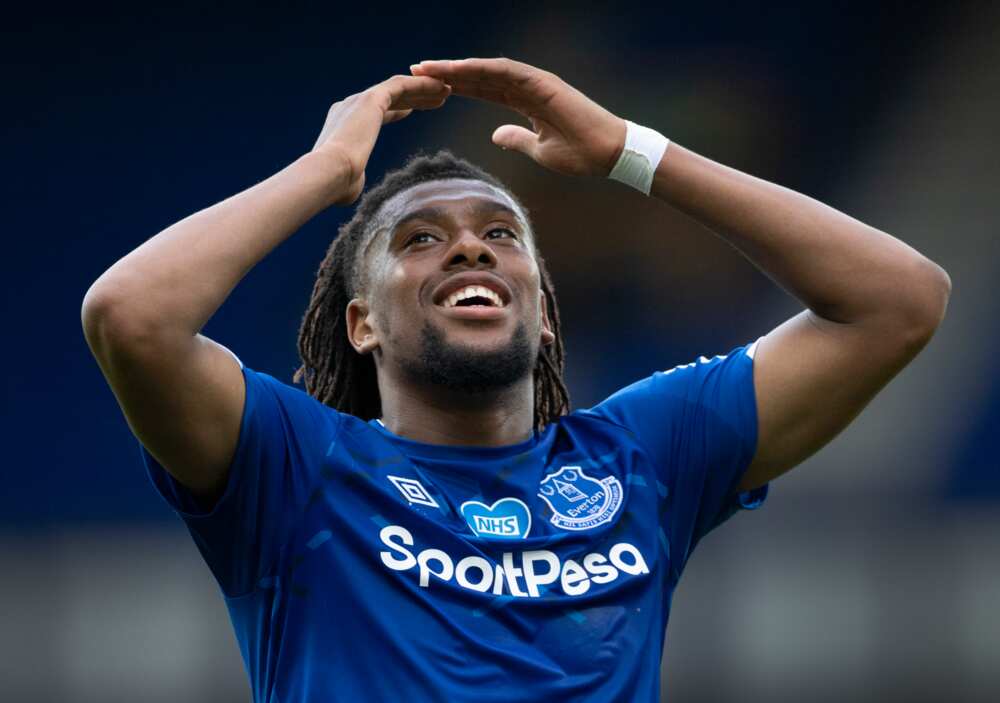 Earlier, Bioreports had reported how Alex Iwobi was urged to leave Premier League side Everton by former Super Eagles defender Udeze who was not happy with how the 24-year-old was left out of squad against Spurs.

Everton manager Ancelotti decided not to include Alex Iwobi in his squad against Tottenham in the first game of the 2020/21 Premier League season.

This decision came as a big surprise not only for Udeze, but for many Nigerian football fans who were expecting Alex Iwobi to play against Jose Mourinho’s side.

Carlo Ancelotti however decided to use new signings James Rodriguez, Allan and Abdoulaye Doucoure which ended up in a 1-0 win for them against Spurs.

While speaking with Brila FM on the outcome of the encounter, Udeze explained that Alex Iwobi should find another club before the end of the transfer window.