Kenya, Uganda to clash as Tanzania land Sudan in Cecafa U17 tournament draw

a minute ago by
Ibitoye Shittu

– Federico Valverde has emerged as transfer target for Manchester United

Federico Valverde who is an Uruguayan professional footballer has reportedly emerged as target for Premier League side Manchester United ahead of the January transfer window.

The 22-year-old midfielder has pushed his way back to Real Madrid’s first team and has been impressive so far for Los Blancos in all competitions this term.

Manchester United have been struggling this season in the Premier League until Saturday night, October 17, when they defeated Newcastle United in a big tough game.

With Frenchman Paul Pogba said to be eyeing a move to Real Madrid, Manchester United are said to be keep an eye on Federico Valverde for swap according to the report on UK Sun.

Valverde is said to be having massive £640m buyout clause at the Santiago Bernabeu which shows how much Los Blancos think of the midfielder.

It would be unusual for the Red Devils to sign a player from a major European rival at his age but Pogba could be a very intriguing pawn in the game.

Recently, Ole Solskjaer confirmed that Manchester agreed on the one-year extension on the contract of Pogba which means the Frenchman will remain at Old Trafford.

Valverde actually started his football career at Penarol before moving to Real Madrid academy from where he got promotion to the main team. 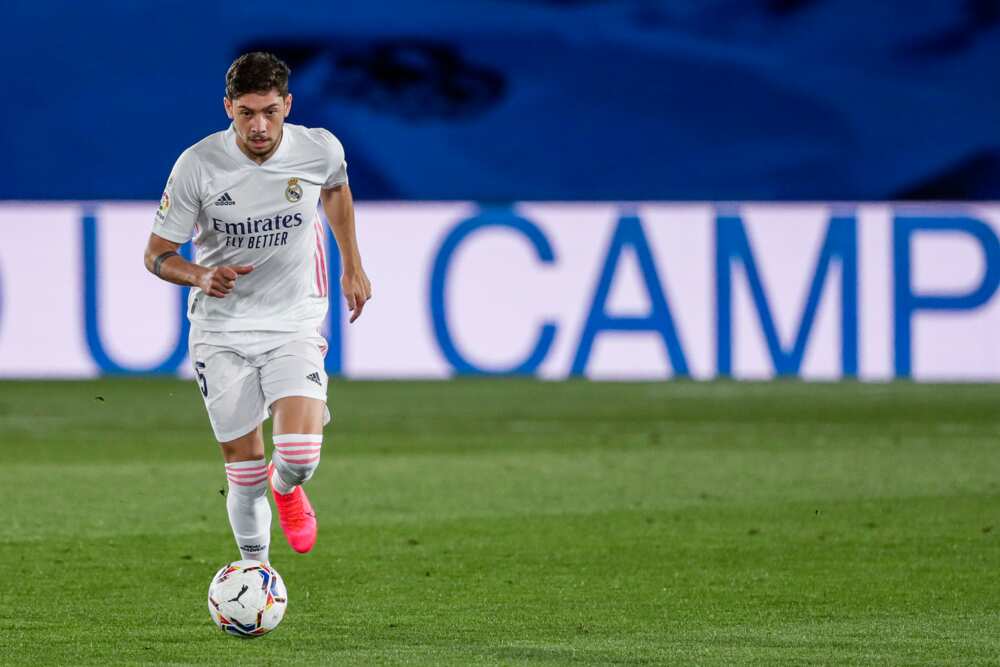 Earlier, Bioreports had reported how Manchester United completed the signing of 600-goal wonderkid Charlie McNeill from rivals Manchester City in a deal reported to be £750,000.

The Red Devils confirmed that they have signed two players who are Charlie NcNeill and Alejandro Garnacho and they will be in the side’s Under 18 team.

Garnacho has already completed his self-isolation period and is ready to get down to work this term at Old Trafford for the possibility of breaking into the main team in future.

Last season, Garnacho played for Atletico Madrid second team and was impressive in all the games he played in Spain.

‘COVID-19 not a barrier to innovation’