Iheanacho: Why I like to play along with Vardy at Leicester City

Portuguese football tactician Jose Mourinho is now under serious pressure at Premier League side Tottenham due to lackluster performance from his wards this term.

And RB Leipzig manager Julian Nagelsmann has reportedly emerged as the main target Spurs’ chiefs are looking at as replacement should they sack Jose Mourinho.

Jose Mourinho is one of the best coaches in the world considering his achievements in coaching especially the titles the former Chelsea gaffer has won.

But the former Real Madrid handler is currently not getting it right at Premier League side Tottenham despite starting the season on a high note.

Tottenham have lost five of their last six Premier League games which is not a good result for Jose Mourinho and his wards.

Spurs have also crashed out of the FA Cup following their defeat against Everton and winning the Premier League title this term will be a great task for them.

Mourinho is believed to have 12 days to save his job in which time Spurs play Wolfsberger, Burnley, Fulham and Crystal Palace.

According to the report on UK Sun, result of these coming games will determine whether Spurs’ chiefs will continue with Jose Mourinho or go for Julian Nagelsmann.

Last season, Nagelsmann and his players met Tottenham in the Champions League in which they won 4-0 on aggregate sending the EPL side out of the championship. 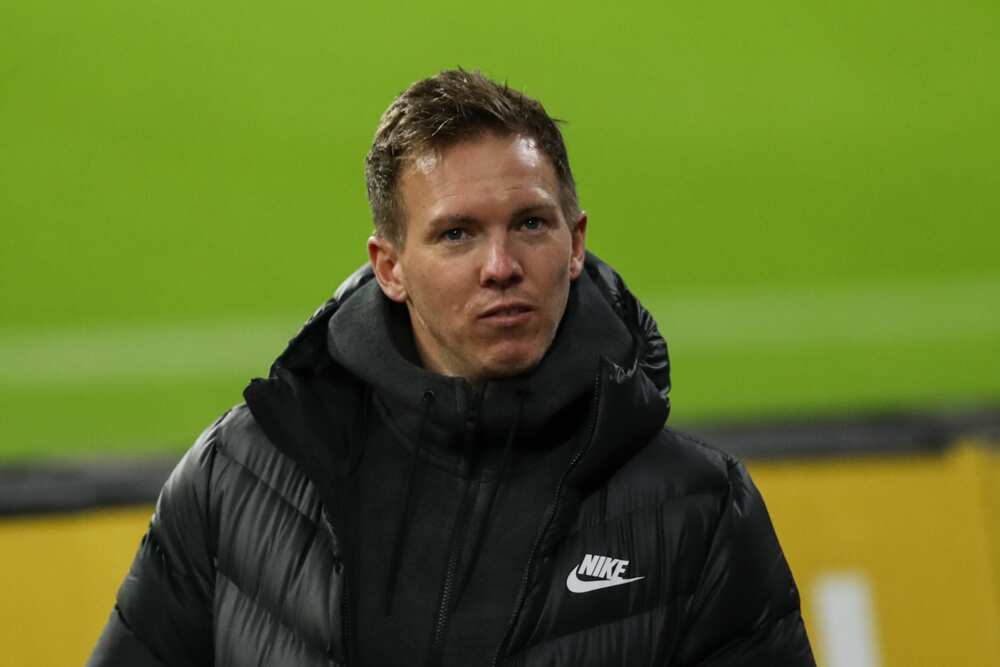 Earlier, Bioreports had reported how Tottenham manager Jose Mourinho stated that despite the unimpressive form of his team in the Premier League lately, Spurs can still make top four.

They are currently 9th on the standings and six points off the precious Champions League spot, although with a game in hand.