– Barcelona goalkeeper Neto has been linked with a move to Arsenal

Arsenal who are Premier League giants are reportedly planning to sign Barcelona goalkeeper Neto as a cover up for first choice Leno after disappointing performances from Runarsson.

Mikel Arteta and his wards at the Emirates stadium are currently not having it rosy in the Premier League considering their position and the Gunners’ boss want to bolster his squad.

Arsenal actually started the ongoing Premier League season with Leno and Emiliano Martínez as their two best goalkeepers before the Argentine later moved to Aston Villa.

And since he got to Aston Villa, the 28-year-old has been the first choice goalkeeper and has played 15 games so far this season.

Runar Runarsson then got his chance to become second choice at Arsenal, but he has failed to convince manager Mikel Arteta.

According to the report on Caughtoffside, Arsenal chiefs are now ready to support their embattled manager Mikel Arteta to land Neto before the close of the transfer window.

Neto has also been finding it difficult to break into Barcelona’s first team because of Ter Stegen who has been impressive at the Nou Camp.

But the report added that Barcelona are asking for massive price of £18m which may be hard for the Premier League side to pay.

The Gunners don’t appear to have a lot of money to spend just now so throwing that much money at a back-up goalkeeper might not be the most sensible option. 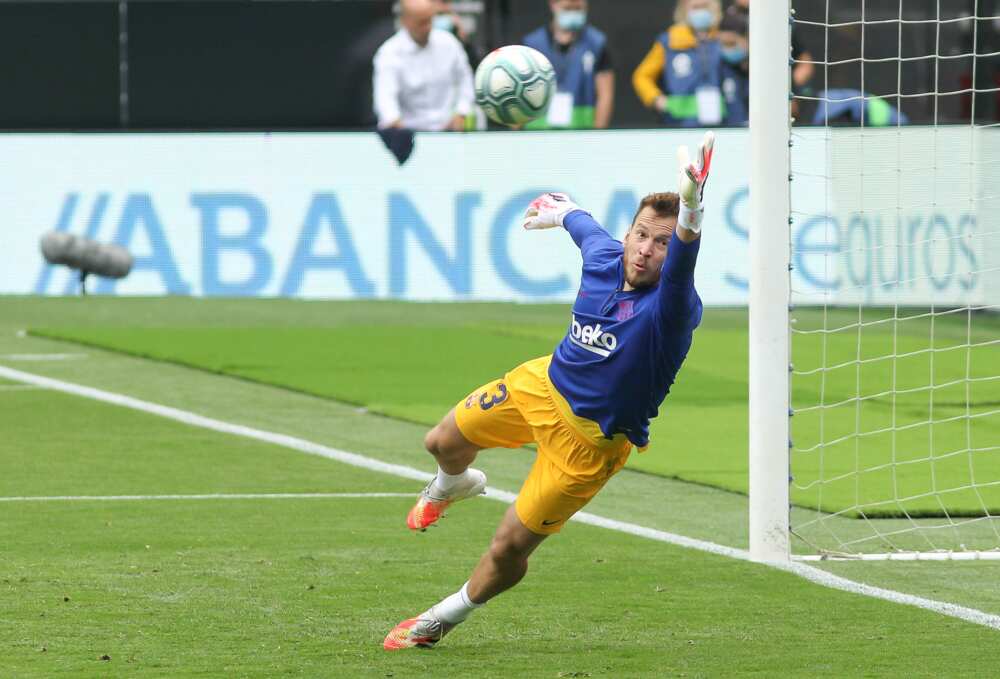 Earlier, Bioreports had reported how Premier League giants Arsenal confirmed the departure of English goalkeeper Matthew Macey who has joined Hibernian after finding first team game at the Emirates difficult.

Macey joined the Gunners at the age of 17 from lower League side Bristol Rovers in October 2013 and was drafted to the second team at the Emirates stadium.

The 26-year-old waited for four years before he got his first team appearance for the Gunners which was in a 2-1 win over Norwich City.

He enjoyed a number of loan spells most recently a successful period with Plymouth Argyle for the 2018/19 season during which time he was a regular for the League One giants.