a minute ago by
Nomso Obiajuru

– With this latest development, all Liverpool’s 1st choice defenders are injured

Liverpool manager Jurgen Klopp has been dealt yet another massive blow as left-back Andy Robertson has picked up a hamstring injury while on international duty.

According to a report on Sport Bible, Robertson picked up the injury after featuring for Scotland’s Euro 2020 play-off win against Serbia on Thursday, November 12.

The Scotland captain played all 120 minutes in that game and now his coach Steve Clarke has revealed he is unlikely to play against Slovakia in today’s UEFA Nations League fixture.

With this news, Liverpool manager Jurgen Klopp is now without his first choice defenders and this could last for long.

To make matters worse for Klopp, Liverpool forward Mohamed Salah recently tested positive for COVID-19 while on international duty after he attended his brother’s wedding. Although he is only said to have mild symptoms, Salah is now in self-isolation. 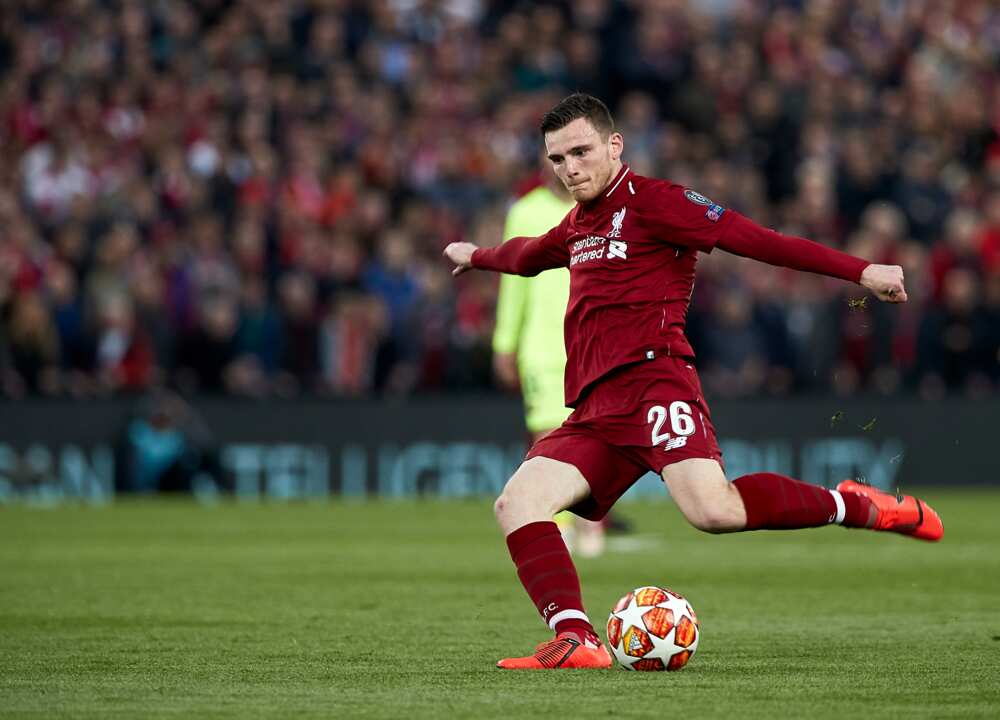 Liverpool will now be without these players when they welcome Leicester City to Anfield stadium on Sunday, November 22.

Klopp is still sweating on the fitness of Thiago Alcantara, Alex Oxlade-Chamberlain and Fabinho as they are also injured.

The Reds have only Joel Matip, Nat Phillips and Rhys Williams as the available defenders.

Earlier, Bioreports reported that reigning Premier League champions Liverpool are reportedly interested in the signing of Olympiacos defender Ruben Semedo as a replacement for injured Virgil Dijk and Gomez.

The Anfield landlords are currently in a defensive crisis after Virgil Van Dijk sustained an injury and could be out for the rest of the season.

Joe Gomez who has also been impressive for Liverpool since breaking into the first team is also injured leaving manager Jurgen Klopp with no other choice than looking for replacements.

Liverpool chiefs are ready to offer Ruben Semedo a five-year deal and they are expected to talk with his club’s chiefs in January 2021.

My Music Moments: DaniLeigh Shares the Soundtrack to Her Life

My Music Moments: DaniLeigh Shares the Soundtrack to Her Life