Scott remembered during V Week by his daughters

– Jordan Henderson has joined the growing injury list of Liverpool

– The Reds captain suffered an injury while on duty for England

Jordan Henderson’s injury during England’s 2-0 loss to Belgium means that nine of Liverpool’s starters have been ruled out if action.

The Reds captain was substituted at half time and England boss Gareth Southgate has stated that Henderson’s injury is tightness. 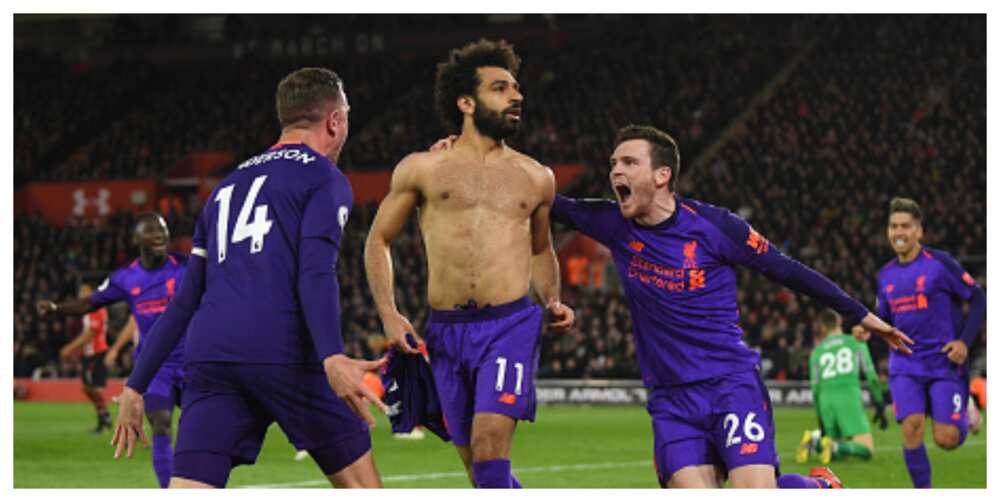 The extent of damage has not been known as Southgate said:

“Jordan had a bit of tightness at half time and felt he couldn’t carry on.

“We’ll have to assess him when we get back.”

Joe Gomez suffered a groin problem while in England camp was forced to undergo surgery which would see him miss a major part of the season.

After helping Scotland qualify for the Euro 2021 after beating Serbia in the playoffs final the left-back also picked up an injury.

Fabinho, Alex Oxlade-Chamberlain and Thiago Alcantara have all been struggling with injuries while Mohamed Salah recently tested positive to coronavirus during the international break.

Alisson will hand Jurgen Klopp a massive boost as he side return for a top-of-the-table clash with Leicester City at the weekend.

Meanwhile, Bioreports had earlier reported that Liverpool owners could be raking-in billions if US President Donald Trump loses his bid to be re-elected for another term in office as the collation of votes reaches its final stretch.

As at the time of filing this report, Democrat’s candidate Joe Biden looks to be coasting home with victory; however series of battleground states are yet to be decided.

It was gathered that a Biden win could lead Liverpool owners to re-activate their quest in completing a deal by acquiring RedBall through their Fenway Sports Group.

Bioreports also reported that Dayot Upamecano has become a toast of several clubs as Liverpool have now joined Manchester United in the race to sign the RB Leipzig defender.

It was gathered that Liverpool boss Jurgen Klopp has now identified the player as a major target ahead of the January transfer window.

A wave of injury problems have plunged the Reds into major crisis and with the recent serious case of Joe Gomez while on international duty with England, Klopp is left with no choice than to haunt for another defender.

By Robert Egbe A Federal High Court in Lagos on Friday heard how a former Nigerian Bar Association (NBA) President,...

‘How #EndSARS protest turned us to widows’

Maina to remain in prison till end of trial — Court